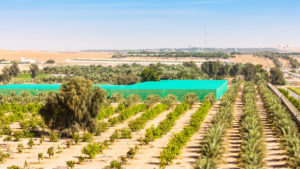 Silal will act as a food wholesaler, managing offtake programs and the country’s strategic food reserves, according to an ADQ announcement. The size of ADQ’s investment to launch Silal was not disclosed. ADQ declined to comment.

“The creation of Silal helps to ensure that the UAE population has access to safe, sufficient and nutritious food at affordable prices,” said ADQ chief investments officer Khalifa Sultan Al Suwaidi in the statement. “Silal also compliments ADQ’s existing investments in the food and agriculture sector as we seek to expand this important economic cluster.”

In May, ADQ acquired a 50 percent stake in Al Dahra Holding Company, a multinational agribusiness headquartered in Abu Dhabi that has operations in more than 20 countries including Ukraine, Romania and the United States.

A source familiar with the deal told Agri Investor at the time it reflected an “intense focus” on agriculture and food security among governments in the import-dependent Middle East, which had been strengthened by covid-19-related supply chain disruptions.

Earlier this month, Bloomberg reported that ADQ was negotiating with the family owners of Rotterdam-headquartered agribusiness giant Louis Dreyfus Company about a potential investment. The report said ADQ was one of several potential investors in LDC, which began a process to find a strategic investor in 2019.

According to ADQ’s announcement, Silal will also pursue desert farming technology and knowledge transfer with local producers, while supporting other research designed to bring about an increase in production of fruits and vegetables on the 24,000 farms active within Abu Dhabi.

The Abu Dhabi Investment Office, which co-ordinates private sector investment across multiple vehicles, has invested at least 367 million dirhams  ($100 million; €85 million) into companies including Bradenton, Florida-headquartered Responsive Drip Irrigation, indoor-farming focused AeroFarms and others since identifying agtech as a priority in 2019.

ADIO is collaborating with Agthia to establish a farm in Al Khatam to conduct research on improving the quality of forage grown within Abu Dhabi. The project is one of five cumulatively valued at 75 million dirhams that ADIO announced it is sponsoring in June, to help the private sector enhance food security and sustainability in Abu Dhabi. Other projects include a cheese production facility and processing plants for sheep and goat’s milk.

Agriculture is among 10 sectors of focus for ADQ, which operated as the Abu Dhabi Development Holding Corporation between its 2018 founding and an early 2020 rebranding. ADQ identifies itself as a “strategic partner” of the government of Abu Dhabi that invests locally and internationally.