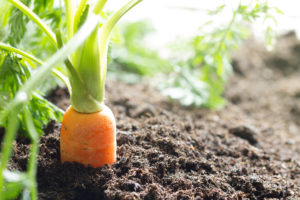 Investment director Gautier Quéru said the investments represented “sizeable tickets” for a fund dedicated solely to land degradation efforts, which was made possible by the blended finance approach the firm has pursued for the strategy.

Non-profit and public sector investors into the fund have so far included, but are not limited to, the European Investment Bank, which has made a $50 million commitment, and the French Development Agency, which has committed $8 million.

The most recent public sector commitment the fund received came in the shape of a £10 million ($13 million; €11.7 million) investment from the British government’s Department for Environment, Food and Rural Affairs. Quéru said this latest commitment “is meant to unlock the equivalent of $50 million in private capital.”

The 2017 vintage fund is roughly halfway towards its $300 million target Quéru said, adding that it could complete fundraising by June 2020. Returns in the “high single digits” are reasonable in the land restoration space, he also noted, adding that “you don’t want to put the farmers and nature under too much high pressure. Investors need to recognize that impact has a value and it is a good compromise.”

The vehicle was initiated by the UN, which in 2016 put out an international tender for a private fund manager that could design a fund that would “contribute to restoring land through agroforestry and regenerative agriculture,” explained Quéru.

Land degradation neutrality is a UN sustainable development goal and the environmental impact of the fund’s investments will be measured according to the UN’s framework for measuring land degradation.

“There are three indicators that measure land degradation and they are land productivity, land cover and soil carbon,” Quéru said. “For a given land area, if one of these decreases, the land is under degradation.”

The fund deployed capital for the first time at the end of 2018, making an undisclosed investment into Urapi Sustainable Land Use, which is an initiative focused on restoring degraded land and promoting sustainable land management in Latin America.

Quéru confirmed that the fund has not been able to attract any commitments from pensions to date, but there has been interest from Dutch and Nordic institutions.

Speaking more broadly about the fundraising effort, he said there has been “a shift in the market where institutional investors are more willing to do more for the SDGs. They have done a lot in energy and now want to take a step further and they understand nature is the next hot topic.”