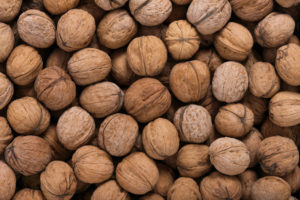 A regulatory filing dated June 6 showed the firm was seeking $750 million for Blue Road Capital II, with no commitments yet sold.

“The fund will be at the $400 million mark before they actually launch the mainstream effort. The fund should get $750 million – I don’t want to say easily – but if you start off at $400 million, you’d think it can travel pretty well,” said the source.

“It’s a contrast to when they started on Fund 1 six years ago and nobody really knew what agriculture was, so they were educating the universe. But now agriculture feels like it’s coming into the mainstream in real assets portfolios and is benefiting from the fallout from upstream and energy in various dirty commodities.”

Blue Road Capital I was launched in 2014 and had a $750 million target. The fund eventually closed on $433 million, with “more than $300 million” taken in co-investments, according to Agri Investor’s source.

Fund II follows a similar own-and-operate strategy to its predecessor and seeks to buy and build agricultural businesses in sectors that can then be sold onto large strategic companies. Blue Road Capital II is likely to invest in up to six businesses, the source said.

Whereas Fund I largely took its comments from US and Canadian institutional LPs, the strong performance of the portfolio companies in the debut vehicle and scale of repeat investment into Fund II could attract European and Middle-Eastern investors, added the source.

“I think the maturity of the LP sets within agriculture, as well the overflow from areas such as core infrastructure, core-plus infrastructure and value-add infrastructure that it has been bucketed with because of some similar attributes, will also help,” they added.