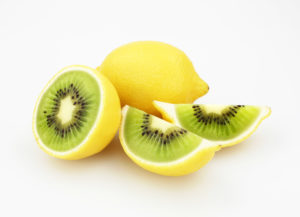 Bridgepoint – which owns Agri Investor parent PEI Media – was drawn to fruit genetics in mid-2019 said partner Andrew Sweet, after a research initiative following an unsuccessful bid for a vegan cheese provider alerted the firm to innovation in the market.

Interest in Sun World specifically, he added, was driven by its collection of more than 300 plant patents, established positions in table grape and stone fruit genetics and the firm’s confidence in a business plan devised by chief executive David Marguleas. That plan’s concentration on Sun World’s genetics business inspired the sale of its California farmland in 2019 and reflects broader specialization among breeders, Sweet told Agri Investor.

Between approximately the 1950s and 1970s, Sweet explained, universities and research institutions were supported by generous US government funding for fruit genetic projects that has since dried up. Many of the management teams in the market began their careers during these previous periods of spending and growth, he said.

Sweet added Bridgepoint believes there are “stranded assets” of partially or fully developed genetic germplasm libraries currently held by growers or researchers, which are a natural focus for acquisitions that support the firm’s plans for a specialty fruit-focused genetics and technology platform.

“It’s very clear in our minds that the table grape genetics market – if you look at it by season and color of varietal – needs to consolidate. Sun World being backed by a large, multibillion fund, is the first step in that process,” said Sweet. “There’s a long tail of smaller, but still attractive, table grape genetics companies that we would definitely want to be in touch with.”

Sweet said Bridgepoint’s investment in Palm Desert, California-headquartered Sun World continues an approach to food and ag-related technology that has also included Rovensa, a Portuguese crop nutrition provider. Bridgepoint acquired its majority stake in Rovensa through a transaction valuing the company at €456 million 2017 and sold it to Switzerland-headquartered Partners Group in a deal valuing the company at €1billion in July 2020.

Sun World’s focus on crops with global trade implications offering exposure to a variety consumer trends, Marguleas added, has been key to its appeal among investors.

“All of that fits well with both the private sector as well as the public marketplace,” he said, adding it will be a “few years” before such options are explored. “There will become a time when the public market would appreciate what we’re doing, certainly more so than maybe a traditional production agriculture company that brings with it considerably more volatility and unpredictability.”