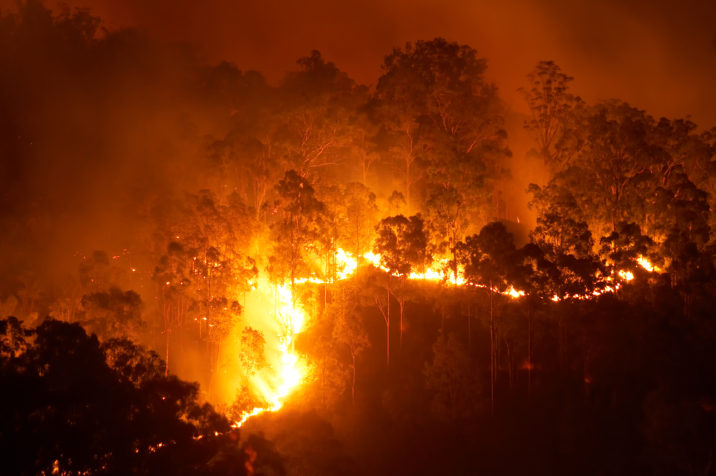 Australia’s bushfire crisis has made front-page news around the world, highlighting once again the country’s precarious position at the forefront of climate change.

This is obviously something investors in agriculture should be acutely concerned about, with the asset class often so reliant on the vagaries of weather to generate decent returns.

The raw numbers that are already emerging Down Under are striking.

The latest estimates, as of January 9, from the government of the state of Victoria show that more than 3,200 head of livestock have been lost in the fires. There have also been “significant fencing and farm infrastructure losses, such as fodder reserves, machinery and hay shed.”

Timber plantations in both Victoria and New South Wales have also been hit. Sources told Agri Investor last week they doubted the proposed privatization of the Forestry Corporation of NSW’s softwood business could go ahead this year. We have heard unconfirmed reports of other privately owned timber plantations suffering losses too.

On Kangaroo Island, where more than a third of the land has burned, the Australian Securities Exchange-listed Kangaroo Island Plantation Timbers announced last week that it had lost 90 percent of its assets. Before the crisis, the company controlled 86 percent of the plantation timber assets on the island, which lies off the coast of South Australia.

The government of South Australia also published livestock loss figures on Sunday. It estimates that 32,000 farm animals, mostly sheep, have been lost, along with 945 beehives, including 115 nucleus hives.

Growth Farms, which last year acquired a portfolio of properties on Kangaroo Island, told Agri Investor it has lost around a third of the land it manages there – although luckily not much livestock – along with a house and a few small sheds that were insured.

In all, the National Farmers’ Federation estimates that more than 40,000 head of livestock have been lost to date. Those numbers are expected to increase as the scale of the damage becomes clearer and as the fire season continues – we are, after all, only now coming into what is considered the normal fire season for southern Australia.

Although these losses are significant and devastating for those involved, it is also worth placing them in context. There are more than 60 million sheep in Australia’s national flock and more than 26 million cattle in the national herd (with the latter figure down significantly, in particular due to the drought).

The amount of farmland affected, while significant, represents a minority of the total burned area. Most of the latter is in remote bushland and national parks, as well as the aforementioned forestry locations.

There has also been concern about vineyards and the wine production sector. However, a statement from industry body Australian Grape & Wine said: “While the toll on individuals cannot be underestimated and should not be downplayed, a review of fire maps suggests a maximum of around 1,500 hectares of vineyards fall within the fire-affected regions to date.

“Even if all those vineyards were fire damaged – and they were not – it would only be about 1 percent of Australia’s total vineyard area,” the statement said.

Of greater concern is the perception all of this is creating about Australia for overseas investors.

Sister publication Private Equity International reported last week that a senior executive at a North American institution active in Asia-Pacific said it would not commit to Australian PE funds in the near future.

“There’s real potential for the destruction of equity value,” the investor said on condition of anonymity. “Even if you’re a right-wing Republican, you have to acknowledge the changes to Australia’s climate.”

This bushfire season matches the predictions made by climate change forecasts in the past – not predictions that global warming would directly cause individual bushfires, but that it would increase the likelihood of longer and more intense bushfire seasons.

Agriculture as an asset class is uniquely exposed to climate risk. And although there are absolutely still good returns to be made, and the vast majority of assets in Australia remain unaffected by the current crisis, the situation highlights the need for thoughtfully constructed and diversified portfolios, and for managers who are aware of climate risk and are considering how best to manage it in the future.