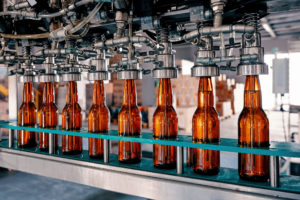 The French firm launched the €250 million vehicle in December 2020 and held a first closing on €215 million April, surpassing the €200 million figure raised by the 2016-vintage Fund III.

Cerea Partners Mezzanine IV is aimed at mid-cap food and beverage companies predominantly based in France, with plans to branch further into Spain, Italy and the Benelux trio of Belgium, the Netherlands and Luxembourg.

“We are really focused on the mid-size to smaller companies that I would say maybe have €5 million EBITDA to around €50 million EBITDA,” said Chabanel. “What we are try to do by investing is to bring more value added to the companies, for example, by helping them to benefit from our network, our long experience and expertise in the sector.”

CPM IV has a €300 million hard-cap, which the firm would “no doubt” have the capacity to reach, Chabanel said, but he added that the vehicle does not “need to be larger than the target figure of €250 million.”

“The hard-cap is quite feasible, but I think we will probably stop the fund raising because we are going to raise two new funds, one for the buyout and one for the senior debt. So we do not necessarily need to go up to the hard-cap.” Chabanel declined to disclose the target size of the new funds in its pipeline.

Cerea Partners is currently completing deployment of Fund III and expects to begin investing Fund IV in either Q3 or Q4. The vehicle has an 8-10 IRR target, with its predecessor fund having delivered returns “above this figure,” confirmed Chabanel, though he declined to share specific numbers.

Chabanel said most of the debt series’ existing investors returned to support Fund IV and increased their commitments, while new LPs also came onboard. Investors were largely made of up European institutional LPs, with family offices also participating in the fund. Chabanel estimated the average ticket size received by the vehicle to be in the €10 million range.

The firm’s existing portfolio has not been too negatively affected by the covid-19 pandemic, he added, given that the majority of businesses to which it has provided debt facilities supply products and logistics services to the supermarket sector, which has been a net beneficiary from the crisis.

“We really focus on resilient investment and we don’t look for speculative investment – we want a good return with a very resilient and strong investment. That’s what our investors like,” Chabanel said.