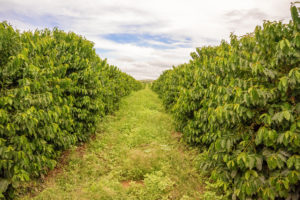 Agriculture emerged as a theme during this month’s review of investments recently approved by the European Investment Bank.

Last week, the international lender – which is owned by the EU’s 28 member states – announced it had given final approval to €4.8 billion of new financing across the transport, energy and rural sectors.

“New long-term investment backed by the EIB includes financing fibre-optic broadband access across lower Austria, access to finance for young farmers in France, supporting agricultural investment in Portugal, improving flood protection in Greece, and upgrading water management for agriculture in the Czech Republic,” the lender wrote in a statement.

An EIB spokesman told Agri Investor that the €4.8 billion officially approved this month included an €18 million commitment announced in April to Okavango Fund. The vehicle, which is managed by the Nairobi, Kenya-headquartered Okavango Capital Partners, is seeking €67 million in support for a strategy focused on nature conservation and rural employment in southern and east Africa.

“Not many commercial banks are going to be supporting nature conservation and rural livelihood engagement,” said the spokesman. “Here, we are working with a partner on the ground that is making sure these things are being supported, and clearly the benefits are there.”

In a statement, the EIB said it had approved the Okavango commitment in order to support UN Sustainable Development Goals focused on clean water and sanitation, decent work, economic growth and responsible production, among others.

The spokesman said the commitment was part of a broader push to increase support for agriculture across Africa because the sector faces the kinds of financing gaps the EIB aims to address.

He added that while additional commitments to equity funds were possible, most EIB investments would continue to take the form of long-term loans.

The spokesman said the initiative would serve as a model for a similar effort in Zambia, where the EIB would look to partner with a local bank to help offer financing to small agricultural businesses. More than 50 percent of Zambia’s labor force is employed in the agricultural sector.

“Agribusiness is a sector where the short-term nature of commercial lending in these countries – we are talking about three-year loans – is not suited for agricultural investment,” he explained. “We are working with others to make sure smallholders can access long-term loans at favorable rates, in both local and foreign currency, so their own activities can become more productive and more sustainable.”

In May 2018, EIB executive Ferran Minguella told Agri Investor that the bank planned to use its €400 million bioeconomy loan program as a pilot to gauge demand within the EU for loans designed to support projects focused on food and energy using renewable resources from the land and sea.