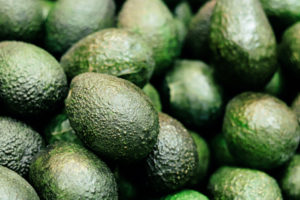 Chief executive NP Narvekar has spearheaded a reorganization of HMC’s natural resources portfolio – which includes ag and timber assets – since joining the $40.9 billion endowment in 2016, reducing it from 9 percent to roughly 4 percent of the overall endowment.

KKR was in talks to purchase a portion of HMC’s New Zealand dairy assets for more than $70 million in June 2017, before a larger sale involving those assets was reportedly presented to the NZ Overseas Investment Office for approval in December of that year. In April 2019, a consortium of Latin American pensions acquired 55,000 hectares of Uruguayan timberland from HMC for $330 million.

And earlier this month, the endowment sold a pair of contiguous almond and cotton farms in Australia to Hancock Agricultural Investing Group, which a market source confirmed to Agri Investor had been sold for $120 million.

The investment into South Africa-headquartered Westfalia was praised by HMC managing director for natural resources Colin Butterfield, who highlighted the company’s commitment to environmentally sustainable management.

“Its vertically integrated operations are uniquely positioned to benefit from the growth in global avocado consumption and make it a great fit for our portfolio,” he added.

Its operations include avocados production on its properties in southern Africa, Mexico, Chile, Colombia, Peru and California. The company also maintains sales offices in the UK, Europe, the Americas and southern Africa. Other crops in its portfolio include mangoes, pomegranates and passion fruit.

In HMC’s 2019 fiscal year annual report released in October, Narvekar said unremarkable returns made the illiquid portion of HMC’s portfolio the primary focus of the restructuring effort. Two years into a five-year initial plan, “[we are] well on our way and generally comfortable” with the turnaround’s state of progress, he said.

HMC had been forced to write off $1 billion of “deeply troubled assets” in 2017 and an additional $100 million of such assets last year, Narvekar added. There had been $1.1 billion of sales from a second category of “good, but misaligned assets” judged not to be particularly appropriate for an endowment. HMC expects an additional $200 million in sales of assets from this second category within the current fiscal year.

For a third category of “aligned assets”, Narvekar said HMC had carried out management changes at existing investments and had deployed more than $100 million in new investments in this category during fiscal year 2019.

“Through a combination of write-downs and asset sales, this problem is much smaller than it was two years ago, but still remains a significant challenge and a major priority for HMC. As we have said, it will take some years to execute a full course correction,” he said.

HMC declined to comment. Westfalia and IFC did not respond to messages seeking further detail by press time.