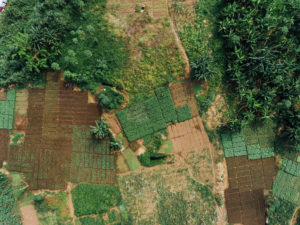 The UN’s International Fund for Agricultural Development has set itself a target of raising $200 million and mobilizing $1 billion in private investments by 2024.

IFAD’s private sector financing program was approved in 2019 when changes to the body’s founding document were also made, which allowed it to directly invest in and grant loans to private businesses and investment vehicles for the first time. IFAD could previously only channel investments through grants and sovereign loans to governments.

The food-focused development body made its first investment into a private vehicle in Q1 2020 when it committed $9 million to the blended finance Agri-Business Capital Fund, which has $200 million and is managed by Luxembourg-based Bamboo Capital Partners.

IFAD has now granted its first direct loan to a private business with a $5 million facility to Nigerian impact enterprise Babban Gona, which has a track record of helping “small-scale farmers move from subsistence to a market-orientated model,” IFAD said in a statement.

The long-term seven-year loan and three-year grace period built into the facility are designed to stimulate larger contributions from other investors by alleviating cashflow pressure and expanding Babban Gona’s credit sources beyond a solitary European DFI, which was not named.

“By being the first senior lender to Babban Gona, IFAD offers its strong reputation as a leading international finance institution specialized in agriculture, providing comfort to other debt lenders,” IFAD head of private sector advisory and implementation unit Stefania Lenoci told Agri Investor. “This will help to further facilitate the implementation of Babban Gona’s ambitious expansion strategy. Since the approval of the IFAD loan by our executive board, Babban Gona has been able to generate firm commitments from other senior debt lenders valued at $23 million. IFAD will also seek to raise visibility of Baban Gona through its network of partners, which should foster greater interest.”

Lenoci confirmed that IFAD intends to partner with impact investors and impact funds to mobilize co-investment capital as part of its efforts to leverage $1 billion in private investments.

“The private sector financing program could also offer equity and debt funding which could act as catalytic investments in selected likeminded private equity funds,” Lenoci explained. “Therefore, the collaboration with impact investors could be through co-financing or them benefiting from the PSFP.”