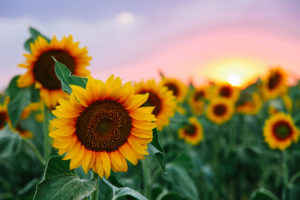 Laguna Bay Pastoral Company has completed the sale of its Woorndoo aggregation in Victoria’s Western District region in a deal worth roughly A$70 million ($49million; €43 million).

The asset was listed in October and has been acquired by two separate farming families. Laguna Bay and selling agents Land Agribusiness Water and Development and Elders Real Estate did not respond to messages requesting further detail.

The asset was held by Laguna Bay’s Agricultural Fund I, a vehicle backed by the Washington State Investment Board and other investors, which closed in 2016 on approximately A$300 million.

Comprising around 3,353ha across three contiguous hubs within a 6km radius of each other, the Woorndoo dryland cropping asset is suited to various intensive and broadacre cropping strategies, including high-yield crops such as winter cereals and oilseeds.

The asset was offered in its entirety or as three separate properties and has sold in the expected A$70 million bracket, according to a market sources. In October 2020, the firm sold the 8,200ha Banongill Station in Victoria, 50km from Woorndoo, to a local farming consortium for approximately A$80 million, in the first asset sale from Laguna Bay Agricultural Fund I.

Research from Rabobank published in October said Australian land prices are set to keep growing for at least another five years, due to a clutch of supportive macroeconomic trends.

“Not in the last 30 years have the macro settings been so supportive” of price growth, the report said, with strong commodity prices and favorable seasonal conditions contributing to the outlook.

“Nationally, our research is showing that farmer purchasing intentions are at the highest point in at least the past five years, with 9 percent of Australian farmers reporting that they intend to buy land within 12 months.”

Rabobank found that the median price for agricultural land in Australia rose by 6 percent in 2020, with double-digit growth recorded in four of the country’s six states. Growth was strongest in Tasmania, where the median price rose by 28.3 percent, while in Victoria prices grew by 15.8 percent.

Earlier this year, Macquarie Infrastructure and Real Assets completed the sale of its massive Lawson Grains portfolio to New Forests and Alberta Investment Management Corporation. Aware Super put up for sale the assets managed by Kilter Rural over which it obtained control when First State Super merged with VicSuper in 2020.

In August, European family office THF Finance put a portfolio on the market and Proterra Investment Partners decided to sell the Australian farmland assets held by portfolio company The Corinella Group. In May, Auscott‘s long-term owner JG Boswell Company sold it to a PSP Investments joint venture, while Duxton put the Ace Dairy portfolio up for sale. There are plenty more properties being offloaded.