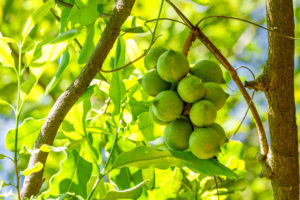 The assets were all managed by Blue Sky Alternative Investments and, latterly, Argyle Capital Partners, after the business was reconstituted and renamed earlier this year.

WHSP made the acquisition on July 31 for approximately A$100 million ($68.7 million; €61.8 million) and announced it at its AGM earlier this month. Agri Investor can reveal that the vendor was superannuation fund LGIAsuper.

The purchase included 100 percent of Mildura Citrus, an aggregation of three medium-scale citrus orchards in the south-eastern state of Victoria, and a majority share in a 600-hectare macadamia farm on the Fitzroy River near Rockhampton in the north-eastern state of Queensland. It also includes other irrigated farming properties and water rights.

The assets will continue to be managed by Argyle Capital Partners.

LGIAsuper confirmed it had sold the portfolio to Pitt Capital Partners but declined to comment on the reasons for the sale.

“We’re in the business of buying and selling agriculture and water assets, it’s what we do, so when the vendor wanted to divest we were able to facilitate the transaction,” he said. “These are strong assets and we’re looking forward to taking the relationship forward with Pitt Capital Partners.”

Morison directed questions on the reason for the sale to LGIAsuper.

The superannuation fund said in its 2018-19 annual report that the Blue Sky portfolio had been one of the standout performers in its allocation to alternatives, achieving returns of 23.18 percent in the year to June 30. At that time, LGIAsuper said it had A$87 million committed to Blue Sky.

“Certainly, we’ve generated good returns out of that portfolio – but, as you know, there’s a severe drought in many parts of Australia,” he said.

“The concern for us here is twofold: that the manager has gone through a number of operational problems and lost key staff, but [there is also] the question around social licence to operate. If I was to express a personal view, my concern here is that the increasing political scrutiny on water rights makes it a tougher investment strategy going forward.

“The key risk here of course is regulatory change. You can imagine [former agriculture minister] Barnaby Joyce or [prime minister] Scott Morrison standing up in parliament and declaring changes to the Murray-Darling Basin Plan, based upon the drought conditions – and I wouldn’t like to be the guy standing between farmers and water supply.”