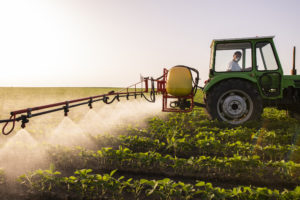 Pontifax Agtech and TPG Alternative & Renewable Technologies have co-led a $103 million Series C for a biofertilizer start-up that is taking a circular economy approach to sequestering carbon in soils.

Anuvia, a company headquartered in Winter Park, Florida, uses nutrients from food and agricultural waste streams – such as peanut shells, dairy waste and bacteria from wastewater treatment plants – to produce a new organic material. That material is bound with mineral organic fertilizers through a proprietary thermochemical process Anuvia developed with environmental consultancy Environmental Resources Management to create a new input. This input has been shown to reduce greenhouse gas emissions by 32 percent compared with traditional fertilizers.

The chemical reaction that binds the organic material in the fertilizer also slows the release of various minerals, thereby reducing associated water pollution.

“Instead of disposing of something and storing it because I have nothing else to do with it, I am taking that organic waste and carbon and restoring it back to the soil,” Anuvia Plant Nutrients board member Geoff Duyk told Agri investor.

“The whole model of waste is changing from disposal to repurpose or re-use,” added Duyk, who previously served as a partner at TPG ART. He is currently a founding partner at Circularis Partners, a St Petersburg, Florida-headquartered investment firm that acts as sub-advisor to TPG ART, according to his LinkedIn profile.

Anuvia’s process also uses wastewater from the mining and processing of phosphate. Duyk said the company benefits from the growing openness to “circular economy” approaches throughout sectors.

He explained the company’s Plant City, Florida production plant also has railroad logistics favorable to sourcing wastewater from active phosphate production in the state. The plant also has easy access to the nearby Tampa, which has one of the largest shipping ports with infrastructure designed for fertilizer in the US.

Santa Monica, California-headquartered Pontifax, which closed its second fund on $302 million in October, provided $6 million of a $23 million equity investment in Anuvia together with TPG ART in late 2016.

Pontifax managing partner Ben Belldegrun told Agri Investor that, in the years since, interest in biofertilizers, biostimulants and biological crop protection offerings has grown significantly among both strategic and financial investors.

Pontifax and TPG ART were joined by sustainable infrastructure-focused Generate Capital and industrial- and energy-focused Piva Capital in the February round for Anuvia.

“What we are seeing in the sector is a lot of capital that’s really trying to identify ‘profit with a purpose’ where they can get comfortable drafting off the lead investor and other investors that know the science and technology,” Belldegrun said. “Their draw is really around the sustainability aspects and an ESG approach to opportunities.”

Capital from the Series C will increase production capacity and commercialization for Anuvia’s SymTRX nutrient delivery offering, which is already in commercial use on US farms. In September, Anuvia announced a licensing agreement with New York Stock Exchange-listed potash and phosphate fertilizer producer The Mosaic Company to sell SymTRX under the Susterra brand.

Duyk said that in addition to helping address the perennial challenge of persuading farmers to adopt new technologies, the Mosaic agreement reflects ongoing evolution among industry incumbents, which are “changing their identities” in ways that could shape Anuvia’s long-term trajectory.