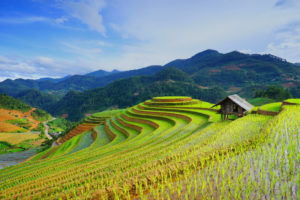 Proterra Investment Partners believes the time is right to tap the European LP base as it seeks to scale its Asian investments, due to a capital vacuum created by “anti-China and anti-Asia” sentiment among US investors.

The firm has raised $35.7 million for the 2020-vintage Proterra Asia Food Fund III, which Agri Investor reported last year is seeking between $700 million and $800 million. Proterra also launched a joint venture with plant-based egg provider Eat Just in October, for which capital was drawn from Fund III, Agri Investor understands.

“Given everything that’s happened over the last four years, there is somewhat of an anti-China and anti-Asian sentiment we can feel out of the US,” Proterra Asia managing partner Tai Lin told Agri Investor.

“Some groups are either risk averse or they actually have informal, and sometimes formal, mandates to reduce their allocations to Asia. We’re seeing a little bit of a capital vacuum that was left behind by some of the more hesitant US investors.”

The firm’s partnership with Fidante Partners, a subsidiary of the Australian Securities Exchange-listed Challenger Limited Group that focuses on supporting the growth of specialist GPs and linking them with its investor base, will ensure it capitalizes on the opportunities it sees in the region, Lin said.

“[There] is a great opportunity at this point in time for some other capital to come in and fill the vacuum. There are private investments to be made at very attractive levels. At the same time, the public markets enable you to achieve very attractive exit multiples in the company,” he explained.

Lin cited the anticipated doubling in annual Asian food expenditure from $4 trillion to $8 trillion by 2030 as a trend that will deliver fundamental growth, which will be fueled by increased affluence and a demand for higher-quality food products.

Fidante Partners head of distribution David Cubbin said the partnership is a third-party distribution arrangement and as a result, it did not take an equity stake in Proterra as it typically does when partnering with boutique investment firms.

The firm’s investor base includes institutional investors, family offices, funds of funds and multinational banks, with the Proterra alliance representing its first foray into food.

“In the Nordics there’s continued institutional, bank and consultant-led demand for private equity, and also the very strong sustainability thematic that’s already such a huge deal there and is ever growing.” Cubbin added that Dutch pension funds are also allocating more to private equity and are seeking similar asset credentials.

Both Lin and Cubbin declined to specify exactly how Proterra will tap into Fidante’s investor base and whether they will invest into the GP’s Asia Fund.

Minneapolis-headquartered Proterra had over $3.2 billion of assets under management as of June 2020, while Proterra Asia has a “portfolio footprint across Asia of over $1 billion,” the firm confirmed.

Fidante Partners had approximately $46 billion under management as of September 2020.