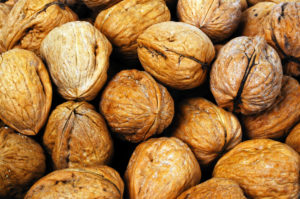 Canada’s Public Sector Pension Investment Board has made a binding offer for ASX-listed agribusiness Webster, one of Australia’s largest irrigated agriculture producers.

A binding scheme-implementation agreement will see PSP acquire all of the ordinary shares in Webster that it does not already own for a cash consideration of A$2.00 ($1.34; €1.23). PSP said it also intends to acquire all the firm’s preference shares for the same value and de-list the company.

The deal implies a market capitalization of approximately A$724 million for Webster and an enterprise value of approximately A$854 million. The offer represents a 57 percent premium to Webster’s closing price on 2 October of A$1.27.

PSP was already the largest shareholder in the company, acquiring 19.1 percent of Webster’s issued capital in 2018. As part of that transaction, PSP agreed not to increase its holdings unless it made a takeover offer or participated in a rights issue or share placement.

A PSP subsidiary, PSP BidCo, is acquiring the shares in Webster and will take ownership of its assets, which include more than 3,000 hectares of walnut and almond orchards in New South Wales and Tasmania, and more than 150,000 megalitres of water entitlement in the Murray-Darling Basin.

Webster produces around 90 percent of Australia’s annual walnut crop, according to its annual report for 2018, when it produced 9,508 tonnes.

It also owns around 17,000 irrigable hectares of cropping land at Kooba and Hay in NSW, where it primarily grows cotton, as well as a cattle and lamb grazing operation across more than 320,000 hectares in NSW and the east of South Australia.

Should the deal be approved by shareholders, Webster will transfer the Kooba and Hay properties and businesses, its southern grazing stock and business, its apiary business and certain water entitlements related to the Kooba and Hay properties into a new PSP-owned entity called KoobaCo for a value of A$276.7 million plus the net working capital acquired with the businesses.

Belfort Investment Advisors and Verolot, which own 12.5 percent and 10.7 percent respectively of Webster’s ordinary shares, will then be given the opportunity to acquire a 50.1 percent stake in KoobaCo. The overall Webster deal is not conditional on Belfort and Verolot acquiring a stake in KoobaCo.

A joint venture between PSP and the holding company of the Robinson farming family, known as Australian Food & Fibre, purchased Webster’s wholly owned subsidiary Bengerang in August 2018. This was the deal that saw PSP acquire its 19.1 percent holding in the listed firm. Bengerang held more than 9,500 hectares of developed irrigated land in NSW, with associated water entitlements.

PSP’s managing director and head of natural resources Marc Drouin said in a statement that Webster was “highly complementary” to the pension’s existing JVs with operating partners in Australia. He added that the deal offered a “unique avenue” by which PSP could scale its Australian investments in permanent crops, row crops and livestock.

In a separate statement, Webster chairman and chief executive Maurice Felizzi said the deal would help shareholders realise a “significant premium” without exposure to the “inherent risks associated with agricultural enterprises.” He added that he and the firm’s other directors would unanimously recommend that shareholders vote in favour of the deal.

The deal to take Webster private represents the latest step in PSP’s Australian agricultural expansion. The pension has been investing steadily in the country in recent years, including through a mandate with now-defunct fund manager Blue Sky Alternative Investments – an arrangement that it ended in February 2019 after deploying more than A$200 million with the firm.

PSP had a 4.0 percent allocation to natural resources as of March 2019, according to its latest annual report – up from 3.2 percent in 2018. It has a target allocation for the asset class of 5 percent.

Its natural resources investments achieved a return of 11.1 percent in the year to 31 March 2019 and a return over five years of 12.0 percent.