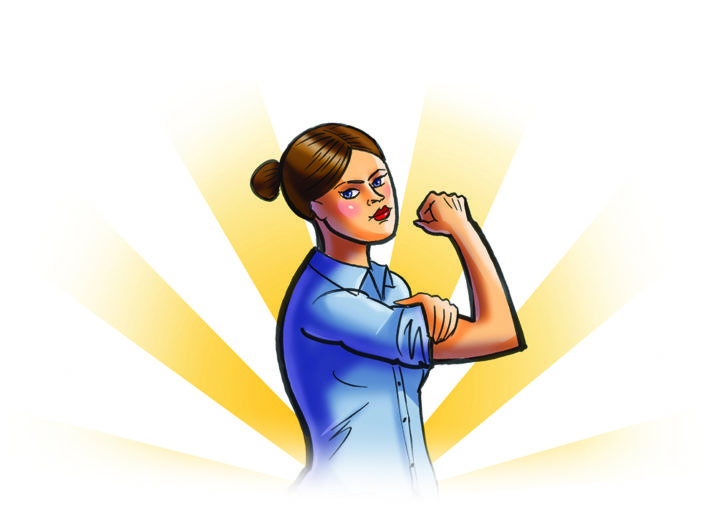 Women are the backbone of the rural economy, especially in developing countries. More than one billion people currently work in agriculture around the world. In emerging markets, 43 percent of those workers are female – and the figure is far higher in some regions. However, these women often lack access to education, financing, land, new farming practices, technologies and innovations that can help them improve crop yields.

There is also more work to be done to increase female representation in the STEM subjects. Progress is being made, but in Africa, for example, only around 25 percent of agricultural scientists are women. Furthermore, female entrepreneurs in the agribusiness space are still struggling to attract the same level of investment as their male peers. Just 7 percent of agri-foodtech deals and 3 percent of the record-breaking volume of dollars invested into the sector in 2018 went to female-led teams, according to a report by AgFunder, Karen Karp & Partners and The New Food Economy.

The report found that a structural bias exists which prevents female founders and CEOs from accessing capital. But it also points out that investors are missing a trick, as women may be best positioned to lead innovation, particularly around challenges including climate change and global health.

Indeed, the IFC has made closing gaps between men and women in agribusiness a priority because of its broad development impact and strong role in reducing poverty. The IFC is calling on the private sector to follow its lead, in the belief that ‘gender-smart’ solutions in agribusiness can increase the sector’s productivity and profitability – and lead to stronger, more integrated value chains.

“Women do most of the work in agricultural supply chains but are typically excluded from the decision-making process. Investing in gender equity in agriculture supply chains has been shown to improve productivity and quality. Furthermore, it is critical to building the resiliency of supply chains, such as coffee and cocoa, which will increasingly be threatened by the impacts of climate change,” agrees Aarti Ramachandran, head of research and development at the FAIRR Initiative.

There is still clearly a long way to go towards eliminating the gender gap in agriculture, but it is worth pointing out some of the innovations currently being developed by female agri scientists. These range from microchipping slugs in order to monitor the mechanisms behind their patch formations, allowing for the reduction of the use of pesticides, to a solution to combat cavity spot in carrots. One British female scientist, meanwhile, is currently using the science behind home-pregnancy tests to detect the presence of diseases which can devastate vegetable crops.