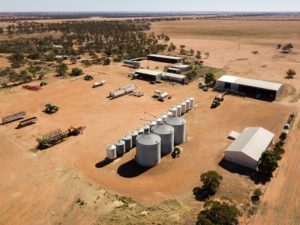 Saudi Arabia is poised to make its first investment in Australian agriculture, with the Saudi Agricultural and Livestock Investment Company awaiting Foreign Investment Review Board approval for the purchase of a swathe of land in Western Australia.

The company, backed by public funds in Saudi Arabia, has emerged as the buyer of John Nicoletti’s portfolio of more than 200,000 hectares of cropping and grazing land in WA, Agri Investor understands.

SALIC is also considering establishing an office in Perth, which would be its first full-time presence on the ground in Australia, as it looks to deploy more capital in the country, according to market sources.

The Riyadh-headquartered company was established in November 2011 with paid-up capital of 3 billion Saudi riyals ($800 million; €705 million). A significant portion of that capital could now be deployed in Australia following the Nicoletti deal, running into the “hundreds of millions” of dollars, a source said.

On the Nicoletti portfolio, SALIC is thought to be particularly interested in the livestock capacity offered by the land, around half of which is currently used for grazing of sheep. The value of the sale has not been disclosed but Australian media reports indicate it is around A$70 million.

The cropland is said to be in a low rainfall area and has been described as “marginal” by one market source.

The property’s 2018 sale listing showed that it included more than 50,000 merino ewes plus progeny; significant infrastructure including more than 25 staff residences; 12 shearing sheds; livestock yards and multi-purpose sheds; 80,000 hectares of crops sown for 2018; and 15,000 tons of vertical storage in Merredin and adjacent to a site owned by CBH Group, Australia’s largest grain exporter.

Nicoletti is divesting from the properties to focus on running a string of John Deere dealerships that he owns across WA’s Wheatbelt.

He also sold 70,000 hectares of land to Hong Kong-based CK Life Sciences in 2016 in what was then the biggest single offering of freehold land in Western Australian history, with the prospective sale to SALIC accounting for the remainder of his portfolio.

CBRE conducted the sale process and said it could not comment while the transaction was awaiting FIRB approval. SALIC did not respond to a request for comment.