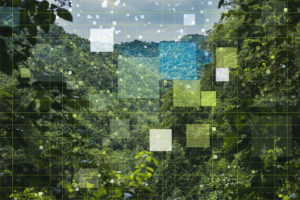 US regulators are playing catch-up with their European counterparts as they seek to close the gap on their environmental focus, the founder of agricultural data and climate risk analysis provider Gro Intelligence told Agri Investor.

Sara Menker said the Federal Reserve’s December 2020 decision to join the Network of Central Banks and Supervisors for Greening the Financial System, and a September report from the Commodities Futures Trading Commission calling for climate-related financial innovation, are among the most important recent policy signals for investors focused on climate change.

Menker said BlackRock’s mid-January investment into Clarity AI, which aims to harness climate data for public equities, provides further validation to managers that a strengthening focus on climate will shape markets in food and agriculture, along with most industries.

“These economies are getting creative because the regulatory environment is shifting. It shifted a lot faster in Europe, and now the US is essentially playing catch-up,” Menker said. She highlighted upcoming climate stress tests of European financial institutions as indicative of the stringent transparency standards likely to continue expanding.

New York and Nairobi, Kenya, headquartered Gro’s subscription data and analytics service utilizes artificial intelligence and information about food supply to measure and manage climate risk to physical and financial assets. Its 40,000 datasets are collected from governments, financial institutions, advocacy groups and others and its customers include sovereign wealth funds, food and beverage companies and trading operations of various sizes.

In mid-January, Gro closed an $85 million Series B round co-led by TPG Growth, Intel Capital and the family offices of Estée Lauder Companies chairman Ronald Lauder and Searchlight Capital Partners founding partner Eric Zinterhofer. Other investors in the round included GGV Capital, Rethink Food and Africa Internet Ventures and a collection of strategic family offices.

Although Gro’s investment comes from TPG’s growth unit, Menker said her team works with many different teams across different parts of the San Francisco-headquartered firm, which recently announced plans for a dedicated climate fund.

Expanding the use of intelligence

Gro’s core offerings have remained largely the same since TPG led its 2017 Series A, said Menker, but in the years since the company has become increasingly involved in its customers’ decision-making process. The company has supplemented its datasets with thousands of analytic models and expanded an initial focus on the US to detailed analysis of other markets including Russia, Brazil, India and others.

“It’s not really just about predicting whether supply is going to grow or what demand is going to be, but also about asking the question: ‘What can I learn about the world today that I would have otherwise not known because it was impossible to do that kind of insight?’” Menker explained.

While the focus is currently on development of reporting standards, Menker said Gro has shifted to the question of how to assess and manage risks that have surfaced through its analysis.

Because much of the agricultural supply data Gro collects is also relevant to environmental and weather conditions, the company is also developing climate indices to measure specific weather and climate outcomes and their impact on production. Menker explained that Gro has partnered with financial institutions that use those indices to price risk before engaging in transactions that help corporates manage individual risks.

“It’s not enabling an insurance product; it actually will enable the insurance industry to underwrite a lot more insurance policies,” she said. “It’s a much more macro product.”

The macro-economic environment has presented the food ag supply chain visible through Gro’s platform with a series of challenges over the past year, added Menker. She explained that covid-19-related shutdowns were complicated by weather-related supply challenges last year in key markets, including the US.

“Typically, you deal with a supply shock or a demand shock at any period of time. The market is dealing with both at the same time, so I think we are going to see a structural shift in global ag markets,” she said.

“The global nature of our supply chains won’t change, but how we think of things like national reserves for countries that are net importers will change. The way in which we diversify trading partners will change.”