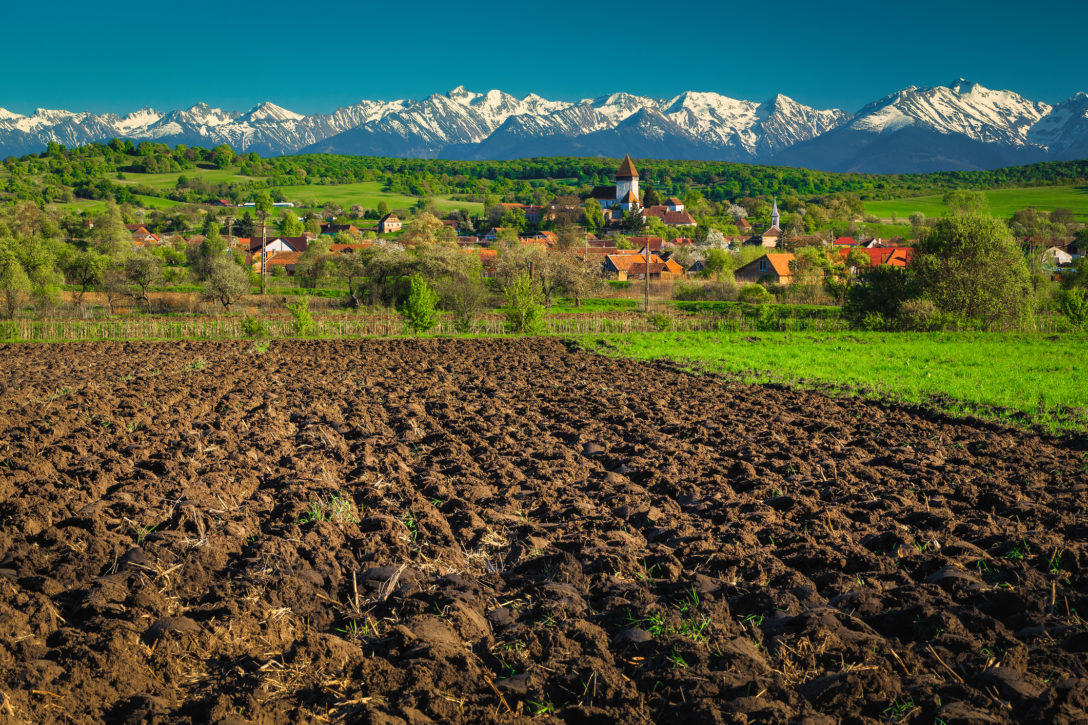 Over the last two decades, Romania has emerged in fits and starts as a farmland market capable of attracting institutional capital to rich Eastern European soils, while avoiding exposure to the risks inherent in larger producers such as Ukraine and Russia.

With those risks having now materialized into a war between neighboring Ukraine and Russia, the ongoing scramble to supply global grain markets has pulled Romania’s agricultural export logistics into the spotlight.

Romania’s Black Sea port of Constanta has emerged as an import node in the supply chain aiming to export up to 20 million tons of Ukrainian grain currently trapped in by the closure of the Odessa port. Constanta’s operator told Reuters in mid-May that 240,000 tons of Ukrainian grain had already passed through the facility, which shipped 25 million tons last year and could handle up to 30 million tons annually with additional investments into cranes, trains and loading equipment.

In the meantime, details of operational impact on specific portfolios and cargoes are still hard to come by, but it is already clear that investors in Romania’s ag sector and others supporting it will play a key role in determining the Russia-Ukraine war’s near and long-term effects on global trade and farmland markets.

Romania’s farmland and agricultural assets have attracted numerous big names in recent years. Nuveen affiliate Westchester Group Investment Management manages a 78,000-acre portfolio in Romania composed, at least in part, of assets collected by Rabobank as part of an earlier effort to institutionalize the market in 2017. When publicly traded Danish agricultural company First Farms acquired a “significant amount” of agricultural land in Romania from NCH Capital in March 2020, sources told Agri Investor it was part of an effort by the New York-headquartered firm to sell as much as 50,000 hectares in the country – a strategy that began at least four years prior.

By the time Insight Investment wound down its agricultural program in early 2020, the firm had assembled a 14,000-hectare portfolio in Romania that was said to have attracted strong interest before being acquired by Nigeria-headquartered African Industries Group Holding.

Recent efforts to get Ukrainian commodities into the Constanta port facility by road, rail and barge are part of a broader backdrop created by Russia’s invasion that is helping sustain investor interest in Romanian agricultural storage assets and related infrastructure, according to Adam Oliver, a Poland-based chief investment officer for Central and Eastern European agricultural assets at British consultancy Brown & Co.

“If you look at the Russian military’s trajectory at the moment, it is becoming clearer that they are wanting to join up that land bridge right across Ukraine, not only in the Eastern part,” Oliver told Agri Investor. “Clearly global demand and supply has long-term challenges here because there are circa four million tons of crop stuck in stores that can’t get out of the country of Ukraine. If the Russian military is going to seek to control that internal infrastructure, rail networks, etc, that puts in jeopardy access to those markets, which gives us a fundamental problem.”

Oliver said that, although a recent more than tripling of port charges at Constanta is among the many costs that have risen significantly for Romanian producers, expectations of an expansion of capacity at the facility are among the factors feeding interest in Romania. The European Bank for Reconstruction and Development told Agri Investor in an email that it is investigating potential support for efforts to use Romanian ports for Ukrainian ag exports, but said it is too soon to discuss those efforts in detail.

“Ukraine urgently needs export channels to partially replace seaports along its south coast and we are looking into supporting the expansion of other channels, including potentially through the use of Romanian ports for Ukrainian exports,” wrote Mark Davis, the head of the EBRD’s office in Bucharest.

Oliver added that, although a regulation introduced last year now requires farmland buyers to have maintained a permanent residence in Romania for at least five years, and this has challenged some investors, many are continuing to watch closely. However, he is not aware of any deals closed since the beginning of the conflict.

“Private investors are moving forward anyway, regardless of what the government or the EU does, simply because the situation is so off-the-charts in terms of the scale of what has to move out,” Oliver said. “It’s everything from farming companies in the region saying, ‘What can we do to participate in this?’ to high-net-worth individuals who typically already have assets in the country, all the way through to certain investment funds that are already invested in the sector but are wanting to explore if there are further investments to be made in the immediate term to leverage their existing assets there.”

Nuveen owns farmland properties in 10 of Romania’s 41 counties, with the largest portion  being the quarter of the portfolio located in the Constanta county hosting the deep-water port. A Nuveen spokesperson declined to comment on the ongoing situation beyond confirming to Agri Investor that there have been no operational issues in Romania, and relaying that Nuveen has helped accommodate local refugees with food.

“There is a positive outlook on soft commodities generally,” they added.

NewAg Partners chief executive Detlef Schoen, who helped manage Insight Investment’s Romanian assets during his two years as head of real assets with the firm, told Agri Investor that limited storage capacity has long been an issue at Constanta. While the several Middle Eastern sovereign wealth funds that already have portfolios of Romanian farmland could potentially be on the lookout for opportunities to add to existing portfolios, said Schoen, most US pension investors would likely be very reluctant to enter the market at this point, given the conflict and opportunities elsewhere.

In the short-term, Schoen said, the rush to supply global markets will more likely highlight opportunity in other sectors of Romania’s economy. “One way or another, that stuff needs to be shipped. If I had to choose between buying farmland in Romania and buying storage and transshipment capacity in the port of Constanta, I know what I would prefer – definitely the transshipment capacity. It’s already a bottleneck and it’s going to be more of a bottleneck.”