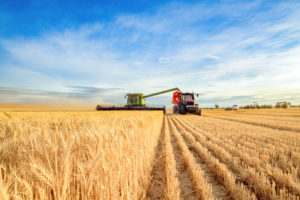 Due to Canada’s provincial investment rules, only Canadian citizens can invest in farmland in the provinces of Saskatchewan and Manitoba, which is why Veripath launched two funds – one to invest exclusively in these two provinces with the second vehicle investing in the rest of the country and capable of taking commitments from global and domestic individual investors and entities.

“Our expectation and our target is to close the year at $250 million,” Johnston said. “The target for Veripath as an entity, including leverage, is $1 billion. I think that a billion dollars in Canadian farmland is supportable from the perspective of the size of the market, the dealflow opportunities and all those other sorts of parameters.”

Johnston said he expects the firm to reach the $1 billion figure within three years, having been surprised by the speed at which Veripath has been able to raise capital and amass a portfolio worth $160 million in less than two years, having launched at the end of 2019.

“The macro conditions, they’re going to prove out to be very favorable and I think that’s going to be one of the critical drivers for that target of a billion dollars,” Johnston said. “I’m comfortable we’re going to get there. We’ve launched lots of funds across multiple strategies in the last 14 years and the pick-up here has been the fastest of any of our funds.”

The management team behind Veripath also launched Agcapita in 2007, which managed to reach $160 million in AUM after 14 years of investments and seven funds, said Johnston, largely due to resistance among Canada’s institutional investor base. Agcapita’s first six funds were all supported by retail investors.

The macro conditions Johnston believes are drawing significant capital to farmland are stagnation across financial markets and the growing specter of inflation.

“If you have a portfolio that’s not hedged for inflation, and most aren’t, so if it’s a 60/40 equity and bonds portfolio, think about how unhedged you are for inflation,” Johnston said. “So what do you do? Do you move around 30 percent of your capital?

“The nice thing about farmland is that a very small allocation is all the inflation insurance you need because of its asymmetrical behavior during stagnation and inflation. You could have a five-to-one payoff in an inflationary world. So you don’t need to do a lot of portfolio reconfiguration and so that’s pulling in a lot of capital.”

The Veripath vehicles follow the same buy-and-lease strategy the management team used across their predecessor Agcapita funds, which focus on assets that can be acquired at a discounted price per ton of wheat-growing capacity, for which Johnston says the global average is C$6,000 ($4,768; €4,038).

“In Western Canada, which is around 80 percent of Canada’s farmland and is about 150 million acres, the price for a ton of wheat-growing capacity is about C$2,000 – you can see it’s a very large fundamental discount,” Johnston said. “So we’ve always been trying to capture that productivity discount in the least volatile way possible, hence we don’t operate farms, we just own the land. That’s our thesis and it hasn’t let us down in 14 years.”

The management team managed a 12 percent unlevered IRR on farmland and a 4 percent yield on annual cash rental payments over the period, added Johnston.