Ted Eliopoulos, who joined CalPERS in 2007, will stay on as CIO until the US’s largest public pension finds his replacement and will assist with the transition through year-end. Eliopoulos, pictured, previously served as CalPERS’ senior investment officer for real estate and real assets before he was appointed interim CIO in June 2014.

“With two daughters in college, and one with health considerations that require my wife and me to be within reasonable distance, we have decided to relocate to New York City where they both will be in school,” Eliopoulos said in a statement. “Due to this fact, I will be stepping away from CalPERS by the beginning of 2019.”

As CIO he managed a team of nearly 400 staff and oversaw CalPERS’ $356 billion portfolio, according to Monday’s announcement. Before CalPERS he worked in the California State Treasurer’s office as deputy treasurer and then chief deputy treasurer.

During his tenure at CalPERS he implemented the Vision 2020 Strategic Plan to reduce the portfolio’s complexity, cut fees and better manage risk. He focused on reducing external managers, cutting the number of real estate managers from 90 in 2007 to 15 today. In total, CalPERS decreased its external managers to 140 from 400.

Two sources who work with the pension system told sister publication PEREthat CalPERS is a “tough” place to work at the highest levels.

“But Ted was cut out to survive there,” one source said. “If wasn’t for the family considerations, he might have stayed. The insiders have known this is something that could be coming for a while.”

CalPERS managed $26.8 billion in private equity, $30.5 billion in real estate and $6.1 billion in infrastructure and forestland as of 28 February, according to its website. Overall, the pension system returned 11.2 percent for the year. 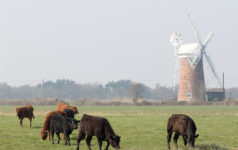 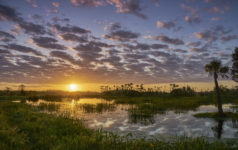