Anterra Capital, the agtech VC that spun out from Rabobank in 2013, last month topped up its debut fund with $75 million, bringing the vehicle to a total size of $200 million.

The capital came from the fund’s existing investors, Rabobank and Eight Roads, a unit of asset management giant Fidelity that invests through its balance sheet. When Agri Investor asked Adam Anders, Anterra’s managing partner, why it didn’t launch a second fund instead of expanding its initial offering, he replied that the firm had been “moving quickly through the capital” and LPs were keen to see them “keep that momentum.” Another year of flights and pitches would have distracted the team, Anders explained.

That momentum has been buoying the sector at large since Anterra launched. At the time, the global VC food and agtech market totaled about $300 million, Anders estimates. With its $60 million fund, he notes, Anterra had an accidental 20 percent market share. “Clearly something was not yet working.” That has now come down: he now sizes the market up at about $3 billion.

But there’s been two qualitative changes as well. The first is the approach taken by corporates regarding agtech. Four years ago, VCs were focused on building partnerships with food and ag companies, trying to figure out what needed to change and how to do it. But now more people are convinced that change is likelier to come from outside the agri universe – just as it did in sectors like telecom, retail or energy. The role of VCs, Anders says, should be to bring the best of artificial intelligence, technology and innovative business models into the agricultural field.

“The leaders in agricultural robots – will it be a start-up specialized in ag robotics or the ag unit of a bigger robotics firm?” he asks.

This change is prompting more of the sectors’ companies to explore innovations. Some are doing it from a defensive stance, “just in case” something significant happens, Anders said. Others place their bets with a more positive mind set, exploring the field for things that could potentially make a difference. A third category, which he describes as “fully offensive,” is deeply involved in understanding innovation and promoting it. Four years ago, just over half of corporates were paying attention to agtech. But now, Anders says, “I don’t think I know one food and ag corporate that is not interested for one of these three reasons.”

Institutional investors have been slower to come to the field. But that could soon evolve as well. “The really big news is that four years ago VC activity in our sector went from next to no capital into the billions.” It’s still early-stage for institutional investors of the conservative kind to get involved, though some – like Singapore’s Temasek – are already enthusiastic. But now is the time when the first sector’s fundraising boom is bringing in growth capital and generating exits – and with them, “the type of numbers that a traditional investor would look for: substantial equity raises, strong exit valuations, good returns. It’s the beginning of the next phase of our journey.”

Both changes are evident within Anterra, which just completed the first real ramp-up of its team since getting started. Michelle Haven and Juergen Horn will be “deep specialists,” Anders says, focused on animal health. Axel Wehr and Dan Harburg’s contribution, meanwhile, will be broader, covering software, digital commerce, robotics and automation. With changes potentially coming from all sides, they’ll surely be kept busy. 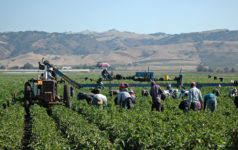 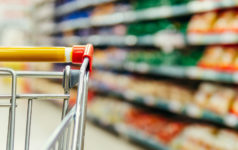 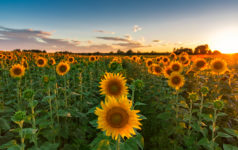