Singaporean agricultural group Olam received a boost from its food staples and packaged goods as well as its industrials and ag logistics units in Q1 2018 at a time when revenue from its other businesses decelerated.

The company said the uplift owed much to higher trading volumes in grains, with revenue from the food staples and packaged goods category up 34 percent on Q1 2017 (EBITDA declined by more than 15 percent).

But that stood in contrast to the edible nuts, spices and vegetable ingredients unit, on the one hand, and the food staples and packaged goods business, on the other, which respectively posted revenue falls of 4 percent and 10 percent (EBITDA also reduced, by 1.6 percent and 18.4 percent).

“While global markets continue to experience political and economic uncertainties, Olam believes its diversified and well-balanced portfolio provides a resilient platform to navigate the challenges in both the global economy and commodity markets,” the company commented.

Olam has embarked on deleveraging efforts that helped decrease its net gearing from 1.98 times to 1.49 times over the 12 months to end March 2018. The group posted a 9.8 percent increase in profit after tax and minority interest but recorded a 7.7 percent fall in EBITDA over the period.

At the end of March, Olam raised $500 million in debt financing from a club of 15 European and Asian banks through the region’s first sustainability-linked club loan, in which the cost of financing is tied to ESG metrics.

It had previously secured a $150m loan from the European Bank for Reconstruction and Development and is in the process of negotiating $120 million from the International Finance Corporation to strengthen its supply chains in Sub-Saharan Africa, East Asia and the Pacific. 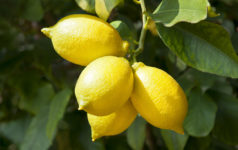 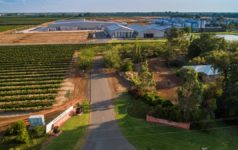