When Stafford Capital Partners was appointed to turn around the Phaunos Timber Fund in June 2014, it faced a tall challenge. But it was one the secondaries firm was already acquainted with, having been tasked to conduct a strategic review of the distressed portfolio in the prior months. Stafford gladly took it on and Phaunos’s board welcomed the move, describing it as being in shareholders’ “best interests.”

Fast-forward four years, and the situation is rather different. Having resigned as manager of the fund in August 2017, Stafford is now looking to buy it wholesale. The firm confirmed an unsolicited bid valuing the portfolio at $244.2 million last week. This time, however, Phaunos’s board is not impressed. The company described Stafford’s move as “highly opportunistic” and urged shareholders “to take no action at this time.”

This attitude appears somewhat ungrateful. When it was still running Phaunos, Stafford did deliver on parts of its brief: it rebalanced the portfolio away from high-risk assets and was successful in reducing costs. That is the view of Stafford partner Stephen Addicott, to whom we spoke last week, but it is also shared by some of the fund’s more adversarial shareholders – activist investor LIM Advisors said Stafford had done “a good job at reorganizing the portfolio” last year.

Some investors were frustrated by the time it took Phaunos to produce stable income – though that was starting to happen by the end of Stafford’s tenure. Others simply thought Stafford’s 4 to 5 percent target yield on the share price was not high enough. When a continuation vote took place in June 2017, a majority of shareholders – led by LIM Advisors – voted against extending the fund for another five years. Phaunos’s board swiftly started “an orderly realization process for the company.”

On balance then, the investors’ decision probably came down to their limited patience. Phaunos’s portfolio is a mixed bag – with one mature asset, New Zealand’s Matakari, and a clutch of immature ones in South America. To be worthwhile investments, the latter need to be held until they mature. What’s more, Addicott argues, “it’s the development of markets that will bring real value to those assets. The difficulty potential buyers have in looking at these assets is ‘how am I actually going to sell my end product, my wood?’”

Had it been granted the right to work longer on those assets, Stafford may have succeeded in making them more profitable, presumably boosting Phaunos’s asset value. Now that it is no longer in charge, its knowledge of those problems places it in a good position to buy the whole lot. So does its longer time frame – Stafford intends to use SIT VIII, a 12-year closed-ended vehicle, to fund the acquisition.

The firm also argues that its offer brings great value to shareholders, thanks to speedier execution (three to four months versus 14 to 20 months for the official process) and a premium on the shares’ value (11 percent to closing on June 4). It covers more assets than Phaunos’s auctions, and it is fully funded. Addicott says the firm met with 75 percent of the fund’s total shareholding before the formal offer was released, which it wouldn’t have done without “good” hope of success.

So why is Phaunos’s board giving the offer the cold shoulder (so far)? Its feedback on Stafford’s bid may not come before next month, which Addicott finds “disappointing” (Richard Boléat, Phaunos’s chairman, declined to comment beyond the company’s initial release). For its part, Phaunos says Stafford refused to take part in the official process and seems to regret it. In its immediate response to Stafford’s offer, it reiterated its “commitment to balance maximizing the value from the company’s investments with making timely returns of capital to shareholders.”

Given that Stafford’s offer clearly promises faster execution, we can only infer that Phaunos hopes to generate greater proceeds through an “orderly” auction, perhaps by selling the portfolio in several chunks. In which case, it may use the next few weeks to drum up further appetite for the assets – possibly because early expressions of interest, received prior to Stafford’s offer, are not yet solid enough to negotiate with the secondaries firm on a strong footing. Phaunos’s board describes them as “encouraging.” How encouraging they really are will become apparent once the board makes its views known on Stafford’s bid. 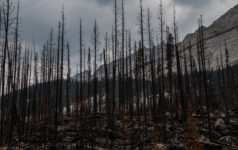