The country is unlikely to be approved for a marketing passport in time for a 2019 exit from the EU.

There are “no answers at all” on how UK fund managers will market their products to European investors if the UK leaves the single market in 2019, according to one regulation expert.

The National Private Placement Regime, which allows non-EU managers access to investors in the bloc, is due to be phased out from 2018 and replaced by a passporting system. But the Brexit vote is widely considered to be behind a delay to a roll-out of passports by the European Commission.

“The UK is the major player in the European financial services market. Any move that would enable continued reliance on the UK [as a financial hub] post-Brexit may be difficult to make while Brexit negotiations are taking place,” Julie Patterson, head of investment management and regulatory change, told pfm.

She added it was “unlikely” the UK would be approved for a passport in time for a 2019 exit from the EU.

Six countries were recommended for a passport last year by the EU regulator, the European Securities and Markets Authority. But the European Commission, which is ultimately responsible for issuing the passports, delayed the decision, which had been due by December.

Since then ESMA has suggested that the passporting system be overhauled, because it is “time and resource intensive,” and the European Commission has not said when, or if, it plans to make a decision on granting passports to the countries already recommended.

The extent to which the management company delegation model – a popular strategy which allows funds domiciled in the EU to delegate management responsibilities to a UK-based manager – will remain a viable option is adding to the strategic uncertainty.

“The debate is still underway, but it’s likely that more processes will need to be done in the fund domicile,” Patterson said.

The Alternative Investment Fund Managers Directive itself was scheduled to be reviewed in 2017, but while the Commission has launched an impact analysis, a wholesale review has been delayed. The UK, which played a fundamental role in drawing up the regulation in the first place, will be absent from the review because it is leaving the bloc. 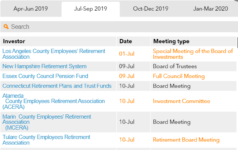 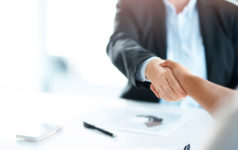 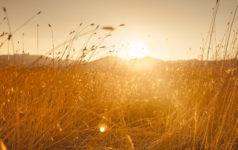 ‘Lack of GP experience is hindering institutional interest in ag’

Africa 2 days ago
Added to your Saved Articles
Loading
Unsave Article
Please confirm you would like to remove this article from your saved articles.
Share with other subscribers
Only logged in subscribers of this site will be able to access the shared article.