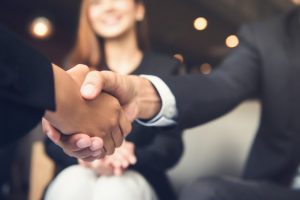 Amid ongoing pressure on the agricultural inputs sector, Pinnacle Agriculture has recapped its business, which includes a $125 million capital infusion and is expected to reduce overall debt by $200 million, the firm announced on Monday.

The new capital is being provided by funds affiliated with Apollo Global Management, some of Pinnacle’s existing creditors and management and several unnamed new investors. It will be used to de-lever Pinnacle’s balance sheet and implement its business plan.

Under the agreement, the first-lien term loan will bear an annual interest rate of LIBOR plus 5.5 percent in cash and LIBOR plus 1.75 percent in annual payments in kind.

Loveland, Colorado-based Pinnacle provides seed, fertilizer and agricultural services through eight brands and a network of more than 160 retail locations across 28 states, with a concentration in the US south-east.

Pinnacle’s current incarnation was formed in mid-2012 with capital from Apollo’s $1.3 billion Natural Resource Partners I Fund. The company expanded rapidly, first through a strategic partnership with Jimmy Sanders, Inc., an agricultural supply and distribution business founded in 1953, and then through more than 40 subsequent transactions. Apollo remains a majority stakeholder.

The restructuring comes amid ongoing pressure on agricultural inputs in the face of lagging commodity prices and challenged farming margins that has been a driving force behind a wave of consolidation in the sector.

In a research note accompanying the announcement of a downgrade of Pinnacle’s debt in December, Moody’s Investor Service wrote that the company faced challenging macroeconomic fundamentals and the vagaries and seasonality of North American agriculture.

Moody’s reported that the company’s leverage stood at 12.8x as of September 30 and that the downgrade reflected the likelihood of a restructuring like the one that was announced Monday.

“Pinnacle’s leverage has increased due to lower than expected earnings that have fallen short of the company’s pro forma numbers as a result of meaningfully-reduced fertilizer pricing that has compressed margins, as well as continued low crop pricing and stressed farmer economics and delayed purchasing,” analysts wrote.