The UN’s International Fund for Agricultural Development has teamed with a subsidiary of NYSE-listed e-commerce conglomerate Alibaba on a $256 million project supporting investments aiming to reduce rural poverty in China.

Established in 2014, Ant Financial is a digital financial services provider and unit of Alibaba that owns Alipay, one of China’s largest online payment platforms. This month, the company was reported to be seeking $9 billion in a funding round valuing the company at $150 billion as it aims to further an international expansion that hit a roadblock in January, when the Committee on Foreign Investment in the US blocked a proposed $1.2 billion acquisition of MoneyGram, a money transfer company.

Matteo Marchisio, IFAD’s representative in China and Mongolia, told Agri Investor that the fund has provided a $72 million loan to China’s central government, which has in turn earmarked an additional $79.5 million for the Ant Financial project. Plans call for this capital to be combined with an additional $102 million, expected to be secured by rural enterprises, and an additional $3 million to be supplied directly by beneficiaries (in this case, rural businesses in nine poor counties within China’s north-western Shaanxi Province).

Marchisio said agribusinesses in the region have been encouraged to submit proposals of investment projects that benefit smallholder farmers to be evaluated for potential grants. Of a total project budget of $256 million, he said, about $169 million will be devoted to offering about 400 grants, of about $400,000 each.

To be eligible for support, Marchisio noted, a project must focus on one of five categories: training and advisory services; inputs; productive infrastructure and equipment; post-production infrastructure; and market and branding activities. Applicants must seek outside sources of capital for portions of the projects – varying between 10 and 50 percent among sectors. Outside capital can come from applicant’s own savings, local banks or private investors, Marchisio said.

“The idea is really to provide an incentive to the enterprises to engage with poor farmers,” he observed, adding that the projects provide a chance for the smallholders that are IFAD’s core focus to prove they can function as reliable suppliers to agribusinesses.

IFAD does not generally engage the private sector during the design phase of its projects, Marchisio said, adding that as a result, programs that aim to encourage private sector participation usually face delays in implementation. In this case, IFAD decided to reach out to actors in the private sector – especially e-commerce companies – early in the process. The fund was able to partner with Ant Financial, in part, because the company already had a connection to the southern Shaanxi region that IFAD’s central government counterparts had identified as the effort’s focus.

Marchisio explained that because neither IFAD or the government has the skillset or capacity to properly judge the marketability of the proposals, Ant Financial will help in assessing market viability using data gleaned from the use of Alipay.

“For instance, if we receive a business proposal for red kiwi and they [Ant Financial] know that red kiwi is highly demanded on the market, they will certainly know this is a business plan that deserves attention.”

Ant Financial has also agreed to provide required co-financing for select business plans and financial services support on others that IFAD has determined to be particularly viable, Marchisio said.

The collaboration demonstrates how IFAD’s projects in China have evolved from an initial focus on supporting basic rural development to more recent initiatives aimed at strengthening market access for the country’s poor farmers, according to Marchisio. IFAD has invested a total of $862 million in China, across 29 projects, since entering the country in 1981. 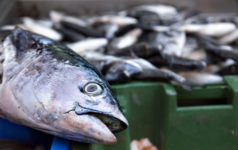 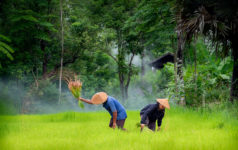