The farm is the fifth acquired by the firm’s Australia Buy & Lease Fund, which was launched last year. MAI is to “shortly” announce the purchase of two adjacent farms in New South Wales, Agri Investor understands. Financial details were not disclosed.

The structure is open-ended, managed in local currency, and requires LPs to commit for a minimum of 10 years, according to MAI documents. There is no annual management fee; instead a 15 percent fee is levied on lease income, and a carry of 15 percent – subject to a 5 percent hurdle – paid on asset sale.

At the 10-year anniversary of acquisition, individual assets will be valued independently to determine if carry is payable, according to MAI.

The fund targets income yields of between 5 percent and 6 percent annually, and IRRs of 12 percent. “When we negotiate leases, in most cases there is a put option whereby the farms may be sold back to the lessees (at year 10 or 15) at our discretion at an independently derived (market-based) valuation,” the firm says in a prospectus describing the offering.

Located near Emerald, in the state of Queensland, the fund’s latest acquisition has a total area of about 1,965 hectares, of which 502 hectares have been developed to allow for center-pivot irrigation and 703 hectares enabled for dryland cultivation. Produce of Lurline North, which includes chickpeas, cotton, hay, maize, mung beans, peanuts, potatoes, pumpkins, rice, dolicots, sorghum and wheat on a rotating basis, is sold in both the domestic and export markets.

MAI said it plans to include the farm’s area under center-pivot irrigation as well as establishing a ring tank, various shedding and silos. Adding new permanent crops, such as citrus and macadamia, may also be considered. 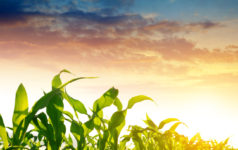