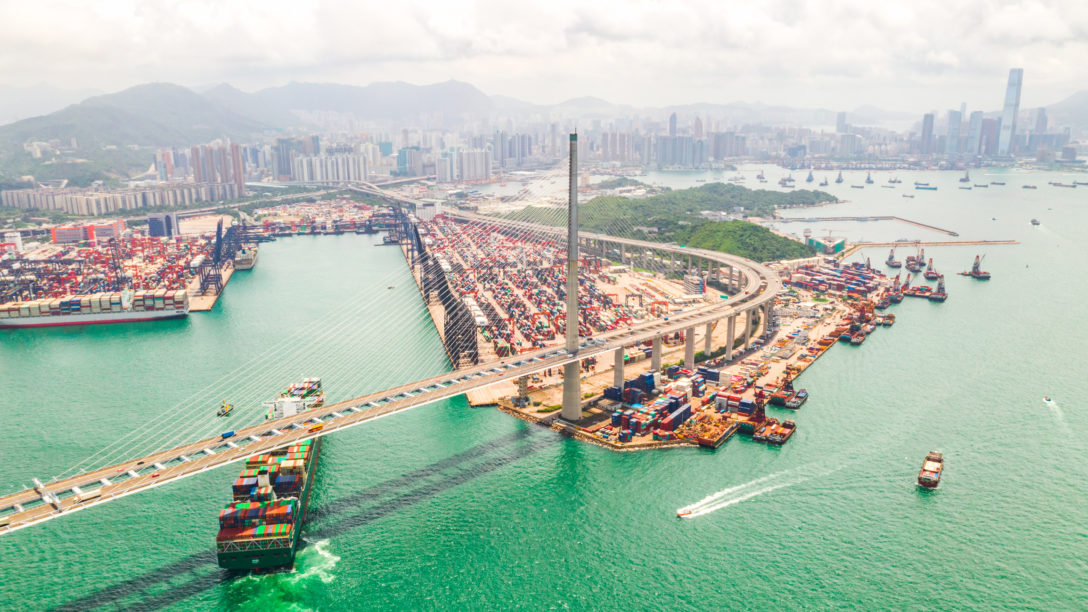 Food security is a growing concern globally. Trends such as a growing population – which come with quirks such as increasing incomes, changing food preferences and habits – and climate change continue to put pressure on the global food system.

Over the past 18 months, covid-induced supply chain disruptions have aggravated matters and brought food security to the center of discussions about sustainability and the future of the planet.

The second, he says, is slightly more recent. “In the past three to five years, the sustainability discussion has become front and center.” While discussions around sustainability were initially focused on transport and subsequently on energy, the focus is now on food. “Food has been overlooked and that is changing rapidly. It is now more topical,” says Lin.

The third is the pandemic. Even prior to covid, there were questions being asked about the future of trade and supply chains, given the wrangling between the US and China. Through the pandemic, trade in food was also hit. Lin says the trade in many agricultural products was not impacted by logistics alone, “but also political haggling.” This has resulted in many countries – particularly those with a food deficit – wanting to reduce their dependence on imports to secure their food supplies.

Across Asia-Pacific and the Middle East (and other developing markets), growing incomes are impacting food demand. What people consume is changing because they now understand nutrition better, have greater access to information about food, and are able to spend more on what they eat.

In India, for example, says Rajesh Srivastava, chairman and managing director of Rabo Equity Advisors, which was Asia’s first food-focused private equity fund, “in the past couple of years, we’ve started hearing a lot about nutrition and nutritional security, which the 400 million-strong middle class in the country has started talking about.”

There are changes afoot in every aspect of the food sector. For example, while it is common to hear about the transition from animal to plant protein, Public Policy Asia chief executive Pushpanathan Sundram says “what is even bigger still is the huge transition we are seeing from plant proteins to animal-based proteins, as incomes in the region are increasing and due to changing consumer choices.”

Several governments around the world acknowledge the scale of the challenge and are taking varied steps to secure food supply and boost domestic production.

The covid outbreak prompted the government of the city-state to expedite its “30 by 30” goal of meeting 30 percent of its nutritional needs by 2030, Maheshwari says, as well as committing more than $20 million in express grants for farmers to boost the production of eggs, leafy vegetables and fish, within six to 24 months between 2020 and 2022.

“There are solutions now and on the horizon. With committed investment and guidance, today’s innovations can ensure food security while adopting new technologies at scale,” he adds.

Saudi Arabia, for example, has long invested in global food corporations through Saudi Agricultural and Livestock Investment Company for more than decade. It also has a strategy in place to encourage Saudi investors to invest in foreign food production and export from those markets to Saudi.

The UAE government, meanwhile, has been particularly proactive in investing in and attracting food-related companies, innovation and talent, says Yoram Layani, partner at 8F Investment Partners. “This is a trend that has clearly accelerated over the past three to five years with agriculture and food-tech flagged as national priorities.”

This is taking the form of government-led planning and allocation of capital; sovereign entities acquiring strategic stakes in private companies – such as government of Abu Dhabi-linked asset owner ADQ’s investment in Louis Dreyfus Company; and government agencies rolling out incentive packages to attract private capital and entrepreneurs, such as the Abu Dhabi Investment Office’s (ADIO’s) partnership with 8F portfolio company Pure Salmon, which is a land-based salmon aquaculture company.

Government support is an important part of the investment landscape. “Everywhere we go, we have formed very strong partnerships with governments and food security is the most important reason,” says Layani. “Food security being done sustainably ticks two boxes that are key for these countries.”

A lot of the investor interest is centered on technology-driven start-ups that are looking to disrupt the food industry, or parts of it.

Rabo Equity Advisors’ Srivastava says one of the challenges in developing economies like India is small farmer landholdings, which result in less mechanization and lower productivity, making contract farming difficult. “Now, however, we have farmer producer organizations, which work like mini cooperatives, allowing farmers to be bankable and avail of financing,” he says.

One worry historically has been that the food sector was seen as being too closely associated to the cyclical and seasonal risks of the agriculture industry. But Sunil Mishra, a partner at Adams Street Partners says that has changed over time, and now “the basic theory is to try and go down the value chain, scale the businesses and bring input costs down and add new value-added products”.

His firm has yet to invest in a food-only fund, says Mishra, and in order to do so, the firm needs to see some funds that are fully invested and at least substantially realized to know the expertise is there and the sector is deep enough. “We haven’t seen enough proof of this yet, but I think it is happening more and more.”

Developing markets globally are witnessing a shift to packaged and processed food, as a result of better education and more awareness, and changing demographics. “The rate of growth in processed, packaged food has been incredible – everything has seen double-digit growth and in every subsector,” says Srivastava.

“This is a very happy trend. Another happy trend is the strong rate of growth in retail. While these things contribute to greater food security in the country, they are also good trends for private equity managers,” he adds.

Lin agrees. He says the food industry is big and growing and relatively inelastic, with high single-digit growth overall, but with some sectors seeing hypergrowth of more than 20 percent. “The younger generation wants food to be healthy, safe, convenient and transparent, so we are seeing the market growing for functional foods, nutritional healthy foods, novel foods (such as alternative proteins), as well as premium categories of regular food products.”

Managers say one of the key challenges from a food security perspective is the availability of finance. “Farmers’ incomes are not very high, so how are they going to pay for the costs of new technologies or tools, unless there are subsidies of some sort, or unless they receive some kind of funding?” asks Sundram.

A good chunk of Temasek’s total investments has been in start-ups and innovative tech-focused companies. A few include Growthwell, a Singapore-based producer of plant-based protein products seeking to integrate upstream into chickpea protein isolation and functionalization. Agribazaar is an India-based digital ag company providing a platform to address farmer pain-points across the production cycle. And Hazel Technologies, a US-based company developing technologies designed to extend the shelf life for fresh produce.

Additionally, Temasek has invested in funds such as the Trendlines Agrifood Fund and the New Protein Fund by Big Idea Ventures.

It has also established a new company in partnership with Bayer, called Unfold, which is looking to develop next-generation vegetable seeds to lift vertical farming to the next level of quality, efficiency and sustainability.

LPs grow in confidence and numbers

With so many governments investing actively in food and related sectors, are private investors deterred from investing in the same space? Managers think not.

“It depends on how sophisticated the state-backed investor is,” Mishra says, adding that whenever any large non-commercial investors are investing in a theme, there will be some questions about their end objectives. “Is this investment more strategic than commercial?”

There are concerns, but these are not unique to the agriculture of the food sector, he adds.

In the meanwhile, investor interest in food security continues to increase, and Srivastava expects the investor landscape to broaden with time. When his firm raised its first two funds in 2008 and 2014, the development finance institutions were “the only ones willing and able to take risk to back an untested strategy.” Srivastava says this has changed and there is a lot of interest from other LPs. “If we were to raise a similar fund today, the bucket of investors will change and be a lot more diverse,” he says.

For private investors in this space, understanding the changing consumer demand for food is essential, says Sundram. He adds that private investors should look at the government agendas for the next 10-20 years and see how they can fit into this process, and in what areas they will be welcomed. “Many countries in Southeast Asia are trying to achieve self-sufficiency in food and building their own agri sectors, their cattle or their dairy industries. How can you plug yourself in and leverage on the government plans and initiatives?”

The importance of private investors in this space will only increase, since governments realize they are not always the best allocators of capital. “So, they facilitate investors and private capital and they create conditions for the ecosystem. That is what we see so far, and so far, our investors have seen this as a plus rather than something that can be a risk in the future, according to Layani.

There is no doubt that private sector capital is going to play an integral role in achieving food security in the Asia-Pacific region and beyond, although this may take varied forms. In Maheshwari’s view, public-private partnerships are important and “both must work together to accelerate change and progress by adopting aggressive strategies, implementing more sustainable policies whilst developing and investing in innovation and sustainable solutions.”