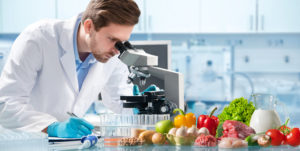 In late June, Anterra Capital, with offices in Amsterdam and Boston, announced it had raised $175 million for the initial closing of its second food and agriculture technology fund, Antera F&A Ventures II.

The fund has already exceeded its targeted size, thanks in part to its mission to invest in the hot space of foodtech, and particularly entrepreneurs focused on biotech and digital innovation in the sector.

The firm is now looking towards an upsized second fund, and it anticipates a final closing in the third quarter.

So far, the fund has attracted a number of high-profile LP commitments, including Eight Roads Ventures, which is backed by Fidelity; Rabo Investments, the investment arm of Rabobank, the giant food and agricultural bank in the Netherlands; and Denmark’s Novo Holdings.

“The food economy is in critical condition and new digital and biotech solutions are desperately needed in order to support better outcomes for farmers, consumers and the environment,” said Adam Anders, managing partner of Anterra.

Anterra’s successful raise comes as the foodtech industry has been on a roll in recent years, highlighted by a significant uptick in 2020 as a result of the covid-19 pandemic.

As the market enters the second half of the year, foodtech fundraising remains stronger than ever and is predicted to see its most successful year yet, according data provided by PitchBook.

Suppliers, distributors and other foodtech start-ups have already raised $16 billion worldwide, or 86 percent of the total raised last year, according to PitchBook, with food suppliers alone hauling in $8.1 billion this year, a 66 percent jump from last year’s total.

Though venture funding in this market is inclined toward late-stage online grocery deals, intermediaries and delivery technology also make up a significant portion of the market at 27.7 percent, according to PitchBook.

But mega-deals in the sector have pushed the median valuation of late-stage companies to a record $160 million, marked by huge funding rounds, including the Sequoia China-led $3 billion round for grocery delivery platform Xingsheng Selected, the $1.15 billion raised by GoPuff and the $800 million raised for Swiggy, among many others.

Despite the market’s slight predisposition toward late-stage deals and food suppliers, the market for early-stage start-ups is beginning to blossom in new ways (deal value for 2021 is the highest it’s been over five years).

Eat Just, a plant-based and cell-cultured meat developer, raised $200 million in a March round led by the Qatar Investment Authority.