The merger, subject to regulatory approval, creates a company with 18 factories and employees in 30 countries operating under the Rivulis Irrigation name. Based in Gvat, Israel, the company will remain under the leadership of current Rivulis chief executive officer Richard Klapholz.

“This merger reflects our continued belief in the potential for improving agricultural productivity around the globe,” said Paine & Partners partner David Buckeridge, in a statement. “Both companies share the same commitment to leading the transformation and development of drip irrigation globally.”

Rivulis was established in 2014, when FIMI Opportunity Funds, an Israeli private equity firm with $3 billion in assets under management, acquired the irrigation assets of John Deere for an undisclosed sum.

Established in 1979, Eurodrip’s products include integrated drip lines, flat and round drippers, blank tube and other irrigation products. The company has a market presence in more than 70 countries and operates subsidiaries in Turkey, Greece, Egypt, Jordan, Peru, Mexico and the United States.

Paine & Partners president Kevin Schwartz told Agri Investor in 2014 that the firm was using Eurodrip as a platform for vertical integration through the acquisition of both upstream and downstream technology in the sector. 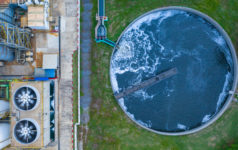 farmland 15 hours ago
Added to your Saved Articles
Loading
Unsave Article
Please confirm you would like to remove this article from your saved articles.
Share with other subscribers
Only logged in subscribers of this site will be able to access the shared article.