Santa Monica, California-based Pontifax AgTech has joined a group of investors in providing a $19.5 million funding round for FoodLogiQ, a provider of food traceability software.

After initial guidance on the regulations was released in fall of 2015, Jones said that compliance deadlines started with large operations and moved on to food manufacturers and growers with fewer and fewer employees. Though restaurants are not directly regulated by FSMA, Jones explained, their suppliers are and FoodLogiQ customers have reported that the software has also helped in managing supplier relationships and determining weak links in their supply chains.

“We see documentation of the full, vertically-integrated process of growing and delivering food to end customers as being something that is just starting and a very clear, dynamic sector where we see huge growth opportunities,” Erlanger said.

Pontifax surpassed its initial target of $100 million before closing its debut fund on $105 million in October. In January, it participated in a $9.5 million funding round for Inocucor, a biological crop input supplier. 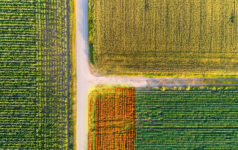