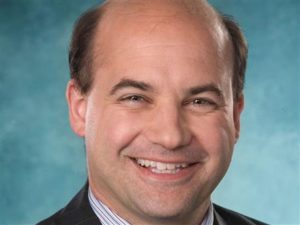 Read will also join the new asset manager’s board of directors. He will also continue in his role as group managing partner at the C Change Group, a firm he co-founded in 2008 that seeks to invest in technology companies that enhance the use of natural resources, principally in African agriculture.

NewAg Partners was launched at the tail end of 2019 by former Insight Investment head of real assets Detlef Schoen. The firm will seek farmland investment opportunities in the US, Europe, Latin America, Australia and New Zealand.

Read explained that the C Change Group’s remit had grown from being solely focused on venture capital to targeting “transformative infrastructure initiatives, particularly those which can materially improve the world’s utilization of natural resources including agriculture.” He said this puts the firm in a position to complement NewAg’s existing internal expertise.

“Transformative African agriculture has been part of C Change’s DNA since 2011,” he said. “Over the past several months in discussions with NewAg – who have such terrific experience and credibility with OECD agriculture – [this] has led to the complementary combination for creating a truly global and transformative agricultural effort.”

NewAg will initially offer investment opportunities on a deal-by-deal basis, Schoen told Agri Investor, with the prerequisite that “all of them need to have an element of transformation potential towards climate-positive farming.”

The firm anticipates an important role for partnerships with institutional investors and other fund managers, said Read, as NewAg seeks to emerge from its current boutique status against the backdrop of an evolving relationship between LPs and GPs.

“We believe that investment partnerships among asset owners will become increasingly important in the future,” he said. “In my past at the Alaska permanent fund, we helped to develop and sponsor Capital Constellation and the MEASA Stock Fund, which entailed asset owners coming together and charging two different asset managers with specific private and public market mandates, rather than simply being sold a product developed by investment managers.

“So we fully believe that we are entering into an era where asset owners become much more active in their private market investment decisions and they are acting increasingly not just as LPs, but as partners with the investment management community.”

Read added that he believes agriculture is on the cusp of emulating the global credit and infrastructure markets and becoming a recognised institutional asset class, with an opportunity set in the trillions of dollars. He said this was due to the demographics of an aging farmer workforce and a lack of interest among new generations to take over family farms.

“What this means is we believe there are very attractive income-generating opportunities that naturally can be tailored for institutional investors, at a time when traditional sources of income – for instance, bonds – have become less attractive.”