January saw an uptick in sentiment among US agricultural producers, driven largely by improving expectations about the long-term outlook for the sector, according to Purdue University and CME Group.

The most recent edition of the pair’s monthly survey of 400 agricultural producers showed a nine-point jump in overall sentiment from the December report to a reading of 135. The number expresses respondents’ views compared to conditions during a base period  between October 2015 and March 2016. A reading above 100 suggests an improvement in conditions, while below 100 suggests a deterioration.

The January survey was the first to be taken after passage of the Tax Cuts and Jobs Act of 2017 and respondents were asked to rank their expectations for the legislation’s impact on both their farming operations and household taxes. Forty-seven percent of respondents suggested they expected the bill will help their operations, with only 19 percent of respondents anticipating a negative impact. At the household level, the survey showed that 43 percent of US agricultural producers expect the new legislation to reduce their family’s tax bill.

For tax questions relating to the bill’s impact on both households and their farming operations, 35 percent of respondents supplied a reading of 5 on a scale of 1 to 9.

“Responses indicated that, although there is still a great deal of uncertainty regarding the tax bill’s expected impact, more farm operators expect the tax bill to be beneficial to their farming operations and to lower their family’s taxes than expect a negative impact and higher taxes.” 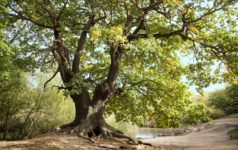 Australia 29 May 2020
Added to your Saved Articles
Loading
Unsave Article
Please confirm you would like to remove this article from your saved articles.
Share with other subscribers
Only logged in subscribers of this site will be able to access the shared article.