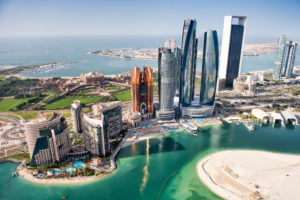 ADQ’s acquisition of a 45 percent stake in Louis Dreyfus Company last November established the Abu Dhabi-based vehicle among a group of investors with stakes in the stalwarts driving global ag trade.

In a statement marking finalization of the deal in September, LDC Group chief executive Michael Gelchie said ADQ’s investment had already helped restructure more than $1 billion in debt and marked a new chapter in the 170-year-old company’s history.

“This partnership with ADQ reinforces LDC’s position and financial strength to accelerate strategic investments as part of growth plans and ambitions, including new areas such as plant-based proteins, as well as projects to move further downstream in several of our existing business lines,” Gelchie added.

For ADQ, the deal is part of a comprehensive strategy to assist government-led efforts to enhance Abu Dhabi’s food chain resilience, which has local and international components. The effort has attracted wide interest from investors and will continue to be watched closely.

Although food and ag had already been identified as one of four key sectors of focus upon ADQ’s establishment in 2018, executive director for food and agriculture Gil Adotevi told Agri Investor that covid-19 accelerated portions of its strategy.

“We realized, just like everybody in the world, that supply chains are not as resilient as we thought,” said Adotevi, who previously served as a senior vice-president at Mubadala Investment Company in a role that included oversight of food and ag investments.

“That means that we look with a different eye towards local production. The emphasis on agtech is a lot more than it would have been before covid. I think this is a theme you will likely see across many like-minded investors or countries that have a similar challenge.”

Adotevi said ADQ’s effort to help establish domestic food production as a key non-energy driver of growth for the United Arab Emirates has involved global outreach aiming to create an ag-focused ecosystem within the country. Although direct investments are its focus, he added that ADQ has not ruled out fund investments and could collaborate with a variety of capital providers.

“We are fundamentally driven by partnership, provided the opportunity makes sense, and regardless of the type of investor,” he added.

Savvy managers have long understood that agriculture’s uniquely important role in society makes sovereign wealth funds a key fundraising focus. Though the dynamic of increasingly direct investments by such funds is by no means limited to ag, the sector’s global footprint and strategic importance does bring issues raised by such investment into particularly sharp relief.

In the tumultuous years since its 2018 establishment, ADQ has built upon a model of sovereign investment that developed most rapidly in the decade following the 2008 financial crisis. The years ahead will see ADQ harness private investment in support of broader UAE food security efforts in a more anxious global environment, which is decidedly more skeptical of foreign capital in strategic industries like ag.

Observers will monitor closely the balance between efforts by ADQ and investors like it to gather global assets and local capacity in a way that suggests a closed loop, and others designed to impart a sense of domestic supply security through support of continued global trade.

Both approaches are reflected among ADQ investments. Managers with competence, capacity and willingness to assist in either will likely be busy in the years to come.