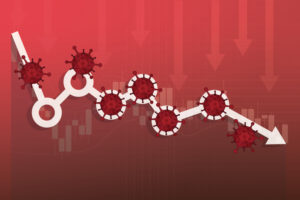 “In Europe, undoubtedly, companies coming towards the end of their cash runways are having to be pragmatic and having to reduce valuations quite dramatically,” said Alastair Cooper. “There’s undoubtedly a higher risk premium around the availability of risk capital. It’s starting to open up a little bit now but during March, April and May, there was a significant amount of capital that was frozen and not available.”

Cooper added: “Everyone has reassessed their risks, pulled their horns in and are looking at things with a stronger focus on valuations. Let’s face it, some of the areas in agri-food tech have gone a little too far in terms of valuations.”

ADM closed its early-stage agtech investment vehicle, the Cibus Enterprise Fund, at $66 million in April having launched it in September 2019. The firm also raised an additional $50 million in co-investments, Cooper confirmed.

The Enterprise Fund most recently invested in dairy agtech firm Connecterra, backing the Dutch start-up in its €7.8 million Series B funding round. The agtech fund is now 50 percent deployed, said Cooper.

With ADM’s flagship ag fund – the $322 million Cibus Fund – having acquired approximately 65 percent of UK berry producer HHP in 2019, the Enterprise Fund has set its sights on an agtech investment that could support berry harvesting, Cooper said.

“Robotics will revolutionize food production in the next 10-20 years at every single level,” he noted. “A key issue for us, as we own the biggest strawberry producer in the UK, is labor around strawberry harvesting. That made us look at a robotics company, which will hopefully not only focus on strawberry harvesting, but will also utilize its robotics platform with ultraviolet light to kill fungi and dramatically reduce fungal disease in fruits, for example vines and grapes.”

“It’s a little-known fact that 65 percent of fungicide use in agriculture in Europe is used on vines,” he said.

Cooper added that the firm will continue to build out the Enterprise Fund with start-ups that are disrupting areas such as animal protein (it backed cultured meat start-up Blue Nalu in March) and pesticide production, as well as sustainability, AI and farm efficiency innovators.

ADM Capital has assets under management of approximately $2.4 billion.