Australia’s competition watchdog has called for greater transparency in the country’s wine grape sector, citing concerns over how grapes are priced and assessed for quality in a market study.

The Australian Competition and Consumer Commission (ACCC) said in its interim report into the wine grape market that “harmful market practices are restricting competition” in some grape-growing regions, particular warm-climate areas like the Murray Valley, Riverina and Riverland.

In those areas, competition between winemakers for the grapes grown is limited, the ACCC found, because of their geographical isolation from other similar winemaking regions and the prohibitive costs of transportation.

A concentrated market for the grapes, where large winemakers acquire the majority of grapes in region, coupled with contracting practices that see growers sign multi-year agreements with long notice periods and restrictions on the sale of excess production, have also inhibited competition. Winemakers also do not generally publicize the prices they pay and prohibit growers from disclosing their indicative and final prices to other winemakers.

Growers also raised concerns about the transparency, consistency, timing and subjectivity of quality assessment methods used by winemakers, with some claiming to the ACCC that tests are “conducted arbitrarily or for ulterior motives.”

The ACCC made a series of recommendations for the sector, including:

“There are significant bargaining power imbalances between large winemakers and the small growers who supply them, a dynamic that is common between suppliers and processors across the agricultural sector,” ACCC deputy chairman Mick Keogh said in a statement.

“This power imbalance is particularly evident in the bulk wine grapes industry.

“Increased transparency over indicative and final prices is likely to lead to greater competition between winemakers, and better outcomes for growers.”

Troy Battagelene, chief executive of Australian Grape & Wine, a lobby group for Australian winemakers, said the interim report was an “important milestone” in the ACCC’s investigation of the sector.

“Australian Grape & Wine looks forward to reading this interim report in detail and working with the ACCC to ensure its final report reflects the needs of Australia’s wine grape growers and winemakers,” he said.

“Australia’s wine sector is now in a relatively strong position. At the same time, any opportunity to further strengthen commercial relationships in the Australian wine sector is positive. We encourage wine grape growers and winemakers to make sure their views are taken into account in the process.”

The market study was launched in September 2018 following feedback that the ACCC received during its previous engagements with the industry.

The competition watchdog is seeking feedback on its initial recommendations by June 28 and expects to publish its final report into the wine grape market in September 2019. 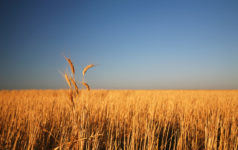 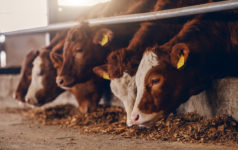