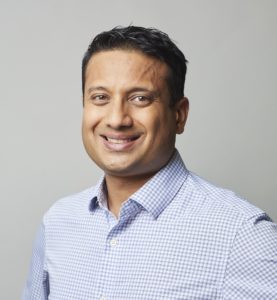 Blue Horizon has appointed Manu Gupta to its board of directors as it continues to bolster its investment team.

Gupta is the founder of venture capital firm Blue Lion, which invests in multi-stage technology companies and is a founding member and ex-partner of Lakestar, a European technology venture fund.

The firm credited its new director with a track record of identifying early-stage opportunities primed for growth.

Blue Horizon was founded in 2016 and describes itself as an impact investor with a focus on helping to transition the world to a sustainable food system.

The company has raised and invested more than SFr500 million ($549 million; €462 million) across 55 investments including high-profile start-ups such as Beyond Meat, Impossible Foods and Just, Inc, alongside lesser-known companies such as North Carolina-headquartered cultured breast milk provider Biomilq and Swiss synthetic cheese provider New Roots, among others.

Upon joining the firm 12 months ago, Obloj told Agri Investor the firm’s next fund would have to be “a few times bigger” than the firm’s most recent $220 million vehicle. “It really makes no sense to have a [growth equity] vehicle that is two or three times bigger; it needs to be more than that,” he said.

Commenting on his appointment, Gupta said in a statement: “Blue Horizon offers the possibility to participate in a market opportunity that offers outstanding returns for investors and the planet and I am very much looking forward to being an active part of this ecosystem.”

Managing partner and chief executive Bjoern Witte added: “As a well-renowned venture capitalist, Manu brings an invaluable perspective grounded in more than a decade of personal experience investing in early stage start-ups that have gone on to become global technology leaders, which gives us another unique advantage to create value for investors and a sustainable future of food.”