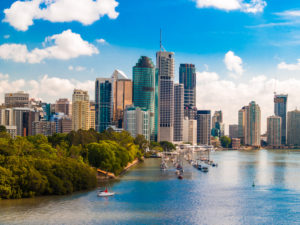 The new Brisbane-headquartered business has taken over the management of the funds and mandates previously run by BSWP.

The move is part of a restructure of Blue Sky Alternative Investments initiated by Jarrod Villani and Mark Korda of KordaMentha, following their appointment as receivers in May this year.

Oaktree became involved with Blue Sky when it invested in the business through a A$47.7 million convertible loan note in September 2018. Receivers were appointed to Blue Sky Alternative Investments in May this year after the firm breached a covenant on this loan relating to minimum recurring cash EBITDA.

Kim Morison will serve as managing director of ACP, with John Corbett joining from Hassad Agriculture as a senior investment director. Several other former employees of Blue Sky Water Partners have transferred into the new entity as part of the MBO process.

Speaking to Agri Investor, Morison declined to disclose the exact ownership stake held by management other than to say that it was a majority stake.

“I’m not going to be talking about the ownership structures and so forth other than to say that the management team have the majority ownership of ACP, and we’re going to operate with independence and autonomy to go about doing what we do, which is to invest long-term in Australia’s agricultural industries,” explained Morison.

“Water is our key focus, and irrigated agriculture beyond that – we’ve been a pioneer in investments in Australia’s water markets [as BSWP] and we’re going to keep on doing that,” he said.

Morison said that BSWP was a private company before being acquired by the Blue Sky Alternative Investments head company in 2011 and the establishment of ACP represented a return to this private structure.

“It’s been a pretty disappointing episode over a long period of time for the corporate entity and that’s had an impact on our ability to do our job in managing investment funds. We’ve now rectified that and got on with managing the funds, and we’re proud of the fact that we’ve continued to generate good performance across all of the agricultural and water portfolios we’ve been managing.”

On his future ambitions for ACP, Morison ruled out involvement in a listed company again, saying “it’s not something we see the need to do.”

“It’s probably fair to say that agriculture in Australia doesn’t suit listed vehicles. The public market doesn’t appreciate the volatility of returns that are associated with agricultural enterprises,” he said.

“Blue Sky Alternative Investments, as a publicly listed manager of private assets, had its challenges. I’m pleased from the perspective of BSWP and our team that we’ve been able to continue to deliver solid investment performance for all those funds that we manage.”

In a market update, Blue Sky Alternative Investments said that the process of restructuring the rest of the business is expected to take “months or years.”

“Subsequent phases of the restructuring will involve the transition of certain assets and subsidiaries from Blue Sky to AAAP and, in some cases, will involve partnerships with key existing management of the kind outlined with respect of the real assets business. Other assets will remain in Blue Sky and be released over time,” the firm said.

Blue Sky’s shares will remain suspended from trading through the restructuring and the receivers advised it does not anticipate shareholders receiving any return.

The Brisbane-headquartered asset manager’s troubles date back to March 2018 when it was the subject of a scathing report published by US-based short-seller Glaucus, that accused the firm of “aggressively, and unjustifiably, marking up the value of its unrealized assets” and charging what it called “extortionate fees.” Blue Sky called the claims “fundamentally flawed and misleading” at the time.

A rebrand of Blue Sky’s real assets division has been under consideration for some time, as Morison told Agri Investor in September 2018, when the firm was intending to rebrand and raise new funds prior to Oaktree’s involvement.