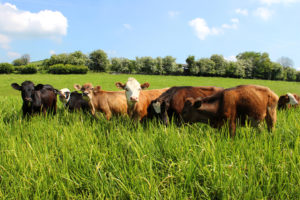 In the run-up to the Brexit referendum in 2016, one of the Vote Leave campaign’s major arguments was that exiting the EU would allow the UK to create its own subsidy program for farmers and break to free from the EU’s common agricultural policy.

Agricultural policy in the UK is a devolved responsibility, which means all four nations (England, Northern Ireland, Scotland and Wales) must create and implement their own subsidy framework.

Northern Ireland is engaged in a public consultation on a framework published by the government in August, while Wales has encountered delays and now intends to publish a detailed plan this year. Scotland will publish a new subsidy program by 2023.

The Department for Environment, Food and Rural Affairs (Defra) has also set out a roadmap for how rapidly CAP-style direct payments to farmers in England will be withdrawn – they will see such income reduce by more than half by 2024-25.

It is fair to say the details contained – or lack thereof – in the environmental land management schemes have left some a little underwhelmed.

What has been published by the department hits all the right notes – reducing inorganic fertilizer and pesticide use, restoring natural habitats, improving biodiversity and water quality and enhancing carbon sequestration – but on the issue of exactly how farmers will be encouraged and incentivized to achieve this, Defra clearly has work to do.

The House of Commons Public Accounts Committee, for example, pulled no punches in its January 9 report, which noted that “success depends on increases in farming productivity alongside changes in land use that will bring environmental benefits, but the department has given no detail about how either the necessary productivity increases or environmental benefits will be brought about.”

“The Department concedes its confidence in the scheme looks like blind optimism without the details of what it has planned,” the report adds.

National Farmers’ Union vice-president Tom Bradshaw added: “Government has still not made clear how food production fits in with its proposed new schemes. This must be addressed now if they expect farmers to join. The irony is otherwise, as the PAC highlights, we could simply end up increasing imports of food produced to [countries with] lower environmental standards.”

Northern Ireland, Wales and Scotland have largely evaded the same level of scrutiny and pressure being applied to England’s agricultural ministry, as they have chosen to transition at a slower pace and are at varying stages in their consultation processes.

They would do well to ensure they arrive at a more detailed and well thought out roadmap than is currently facing English farmers, who have no means of sufficiently planning their businesses to withstand the lost of more than half their current CAP payments by 2024-25.

The clock is ticking for Defra to make good on its wish list of environmental and productivity outcomes by presenting a credible framework for how farmers can engage with its land management schemes.