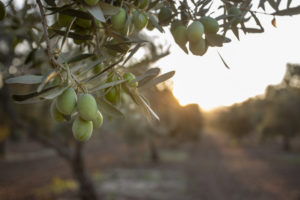 The South Africa-headquartered pan-African investment firm’s Agri-Vie Fund I invested into the business in 2013. The $100 million 2008-vintage vehicle is “completing the exits from the last of its investments,” said EXEO Capital partner and co-founder Izak Strauss in a statement. Financial details were undisclosed.

“Agri-Vie was a stable majority shareholder in Cape Olive for eight years. The involvement of Agri-Vie enabled Cape Olive to expand on essential capex, increase its capacity to process a higher percentage of its crop for the table olive market and increase efficiencies,” Strauss added.

EXEO sold its 47.6 percent stake in crop protection and plant nutrition supplier InteliChem to Masimong Group Holdings in February 2020 – another business into which Agri-Vie invested in 2013.

The firm’s successor flagship vehicle, Agri-Vie Fund II, fell short of its $150 million target to close on $146 million in 2019.

EXEO Capital managing partner Herman Marais told Agri Investor at the time that the proportion of private-sector investors committing to Fund II had increased to around 50 percent of the total raised, up from 30 percent-35 percent in Fund I. The balance came from development finance institutions.

Marais acknowledged that raising capital for a specific sub-sector in sub-Saharan Africa was a “challenge” but said that for long-term investors in the region EXEO had been able to align Fund II’s objectives with “the fundamentals that drive growth and development on the continent.”

“We talk [with investors] about fundamentals such as demographics and urbanization, and the aspirational development of the African consumer – all of those things still continue to drive demand for [food] products and services that local suppliers can play into,” he said.

“It’s not easy to get around the reality that the agri sector is still, outside of resources, the largest economic sector in most of the countries that we work in. So for any long-term investor that wants to establish an exposure to African consumer development, the food-related space remains a very logical entry point, and that is what we could offer with Agri-Vie Fund II.”

Fund II made an investment of an undisclosed size into Kenyan dairy agribusiness Glacier Products. The group owns the Dairyland brand which is prominent in the east African countries of Uganda, Tanzania and Rwanda, and specialises in products such as chocolate bars, spreads and cooking chocolates.