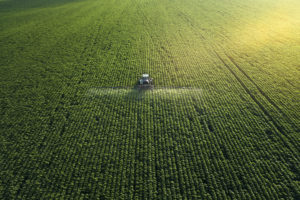 The question was posed on the back of FarmTogether CEO Artem Milinchuk sharing analysis with us that suggested there is potentially $1.1 trillion-worth of farmland assets in the US (or 400 million acres) that would be expected to trade for between $1 million to $10 million – FarmTogether’s sweet spot.

“[Due to farmland’s fragmented nature] we are building the tech that will allow us to source, underwrite and manage hundreds of thousands of farms that are below the $10 million range, because that’s where most of the market is,” Milinchuk said at the time. “If we can show that to institutions, then they will give us a shot. We don’t necessarily have to have the same five-to-10-year track record because it’s such a differentiated approach.”

FarmTogether decided that the time is right to expand its offering to institutional LPs as it announced its open-ended Sustainable Farmland Fund on 23 March.

The vehicle adds to the firm’s crowdfunding, 1031 exchange and sole ownership strategies – the latter is essentially a managed account approach – and represents its first fund pitch to the types of large LPs whose farmland assets are currently managed by the likes of Nuveen and Macquarie.

Chan added that a $200 million raise would be “a good target” for the vehicle, given the opportunity pipeline, level of diversification required and a desire to purchase 15 to 25 properties. The numbers suggest the average asset price is likely to fall into the $10 million range, which is in keeping with the market segment the firm has been trying to put in front of large LPs.

More interesting still is that the vehicle will purchase assets outright and can acquire minority interests in deals led by its crowdfunding platform as well as third parties, giving it a wider pool of investment opportunities.

Chan confirmed the fund has been seeded by an unnamed LP and that it completed its first acquisition in September 2021 – a pistachio property in California. The fund now holds more than $10 million between its AUM and hard commitments and has a target net IRR of 8-10 percent and a net annual target distribution of 4-6 percent.

The vehicle has a minimum investment threshold of $100,000 but the firm expects to see many investors take advantage of its minimum $5 million investment class I tier; so much so that Chan said he believes Sustainable Farmland Fund could raise and deploy $200 million within the next 12-18 months.

In the context of the $1.1 trillion opportunity identified by FarmTogether’s CEO last year, Sustainable Farmland Fund represents a timely test of which institutional LPs are ready to play at the smaller end of the farmland market and whether crowdfunders can really crack that $1 trillion nut.