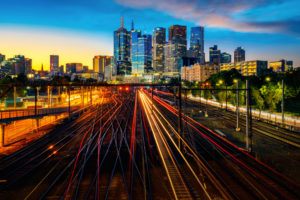 The fund achieved an overall return of 11.9 percent in the year 2018-19, comfortably ahead of its benchmark target of 5.6 percent, sister publication Infrastructure Investor reports.

Its infrastructure and timberland portfolio stood at A$12.2 billion at year-end, representing 7.5 percent of total AUM. This was an increase on last year’s value of A$11.7 billion, but the fund’s allocation has decreased slightly from 8.1 percent at the end of FY18.

Future Fund’s allocation to the asset class has decreased since June, a portfolio update released this week showed. The fund had A$11.8 billion invested in infrastructure and timberland at 30 September, representing 7.1 percent of total AUM of A$165.7 billion.

The annual report showed that unlisted Australian assets in both infrastructure and timberland comprised 44.1 percent of this year’s total for the asset class, with Melbourne Airport representing the fund’s largest exposure to an individual asset. Unlisted overseas assets comprised 32 percent of the portfolio, while listed assets made up 23.1 percent.

The fund reiterated that it had reduced its exposure to core infrastructure assets overseas due to market conditions, as reported by Infrastructure Investor in February 2019.

“Against a market backdrop of strong demand for global infrastructure and timberland assets and low interest rates, we have seen transaction processes being well supported,” the fund said in the annual report.

“During the year we took advantage of this opportunity to further reduce our exposure to core assets, in particular our interest in Gatwick Airport.”

The fund said that its investment in Gatwick had delivered “excellent returns” and demonstrated the success of its “partnership approach” with managers as well as its co-investment programme.

“Notwithstanding the increasing level of capital being allocated to opportunistic infrastructure, we continue to believe that active managers can deliver an appropriate return premium and we supported capital raisings by existing managers during the year,” the fund said.

It added that it was monitoring several themes with managers including technological disruption and evolving regulation, and that it was focusing on its co-investment programme with overseas managers.

Future Fund chief executive David Neal said in the report: “Our investment activity this year has remained disciplined, with a continued focus on managing the flexibility and liquidity of the portfolio. In an increasingly uncertain and challenging environment the ability to adjust the portfolio to shifts in the market environment may well be paramount.”

He added that he was pleased the fund had achieved “strong returns” while “limiting the level of risk in the portfolio”.