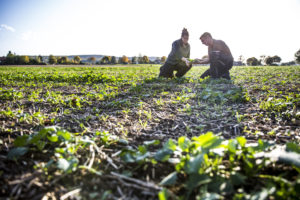 GIIN co-founder and chief executive Amit Bouri told Agri Investor the report, which will be published on October 22, reflects an ongoing effort to strengthen the culture of performance comparisons and benchmarking in impact investing.

Understanding Impact Performance: Agriculture Investments draws on a survey of 38 managers contributing results from 402 agricultural investments between 2013 and 2019. The investments were made across 46 countries and capital was drawn from 40 different vehicles.

The report identifies specific metrics within the IRIS+ Core Metrics Sets, an impact measurement tool that GIIN has developed over the past decade, which managers can use to express the impact of their investments in four key areas: environmental farming practices, smallholder farm yields, rural income, and profitability and rural employment.

Bouri said there has been increasing cohesion around the IRIS+ framework because in addition to being free, it is seen by managers as a rigorous system for measuring and managing tangible consequences of investments that strengthens the credibility of impact markets with LPs.

“While there are a lot of ways to express intentions around impact, IRIS+ is designed to translate those intentions and aspirations into real impact results,” he said. “By getting the world to speak the same language through IRIS+, that allows us to do the types of analysis and comparisons that answer the fundamental questions on the minds of investors, including allocators.”

Investors have pushed to move beyond categorizing the aims of specific investments against the broad aims of the United Nations’ Sustainable Development Goals, said Bouri, and more towards a concrete accounting of outcomes. Bouri highlighted that 84 percent of respondents noted their inability to compare their own impact performance with peers, while 54 percent cited a lack of transparency around results as being among the most significant challenges facing the impact investment industry.

GIIN has already published similar pilot reports on housing and clean energy access investments, and its ag report will be released alongside one devoted to financial inclusion. Given that agriculture consistently ranks among the top targets for impact investment,  GIIN hopes its report on the sector will help spark wider dialogue around impact performance benchmarks, ratings and other tools, Bouri said.

“Publication of this report will kick off a flywheel of interest in impact performance, which will lead to more data being shared with us, better analysis and broader samples over time,” he said. “That really sets the stage, in a sector like agriculture, to drive a race to the top.”

Bouri praised the firms who contributed data to GIIN’s ag survey – including AgDevCo, responsAbility Investments and NatureVest – for both their courage in sharing their results of their investments and their input in crafting methodologies to make GIIN’s metrics as relevant as possible.

GIIN’s research was underway well before the spread of covid-19, but Bouri said the effort did reveal a strengthened focus on ag among investors and a sense the pandemic can sustain existing momentum behind sustainability efforts.

“When we think about the recovery from the covid crisis, we expect food and agriculture to be an area of great interest to impact investors,” he said. “Increasingly, we are seeing investors understand a broader way of addressing the climate crisis through a variety of strategies, including things like sustainable forestry as well as agriculture more broadly.