Gladstone Land, a NASDAQ-listed REIT, has acquired five non-contiguous farmland properties in southern Florida for $37.4 million in a transaction funded with proceeds from its $20 million Oregon farm sale last week.

Gladstone immediately entered into a multi-year, triple-net lease for the properties, which are devoted to growing a variety of vegetables and total 5,630 acres. The single unnamed tenant was described as “a leading agricultural operation.”

President and chief executive David Gladstone told Agri Investor that the deal was a sale/leaseback to the properties’ existing operator, a deal structure he said has become more common over the past few years.

“Generally speaking, farmers are realizing that as long as they can have long-term leases, they don’t really need to own the land, they just need to be able to farm it,” he explained. “We’re very happy to do that because we like good farmers and people who pay their rent.”

Gladstone added that the purchases constituted a quick reinvestment of proceeds from the company’s sale of a 1,895-acre property in Oregon for $20.5 million, which was announced last week.

“By executing this acquisition in conjunction with our recent sale of an Oregon farm through a like-kind exchange, we have deferred recognition of the capital gain we achieved on this sale,” said Gladstone. “We used that $6 million [obtained through a 1031 exchange] as well as a mortgage and some more equity to buy a much bigger farm. Actually, the returns on a current basis are greater than the ones we were getting in Oregon.”

Gladstone managing director Bill Frisbie added that the region of Florida where the farms are located has very fertile ground and many strong farm operators which Gladstone can look to partner with.

“Florida continues to experience strong population growth, which puts upward pressure on farmland values and rents as more acreage is taken out of production every year for development,” added Frisbie.

Earlier this month, American Farmland Trust vice-president Julia Freedgood told Agri Investor that investors should prioritize the agricultural value of farmland over short-term profit possible through the conversion of land to other uses. Speaking at the publication of AFT’s Farms Under Threat report, Freedgood called for policies that would help direct residential development away from important agricultural areas.

On Wednesday, David Gladstone told Agri Investor that his company never plans on selling properties and always evaluates potential acquisitions in terms of possible rents over the next 20 years. However, in some instances, he said, urbanization can be among the factors that lead buyers to value individual farm properties in a way that offers the REIT opportunity for profit.

Had the recently sold Oregon property, for example, been located closer to a metropolitan area that could reasonably be expected to develop further sometime over the coming years, Gladstone said he may have considered holding on to it.

“We are custodians of our shareholders’ money and I don’t think any of them are investing in our properties with the idea of saving farmland to grow crops,” Gladstone said. “I just disagree – not violently, because I think it’s a good idea to save farmland – but I don’t look at the world that way. I look at the world as a place that needs food and we need land to grow food.”

Fears over the future of food production often fail to take into account the progress in enhancing agricultural yields and quality demonstrated in vegetable and corn markets over recent decades, according to Gladstone. In addition, he specifically highlighted the growth in indoor farming as an example of a nascent development that has the potential to upend existing assumptions about the amount of land needed to produce food in the next 10 to 15 years.

Echoing a theme of the AFT report, Gladstone lamented that urbanization has already limited the use of what he called the “finest farmland in the United States”: the Los Angeles Basin. Gladstone said that as much as 50,000 acres of California farmland are lost to development each year, and much of that most productive farmland around Los Angeles is not currently used for agriculture because of widespread expectations that development will continue.

“The same thing will happen to the Oxnard plain. It’s too close to LA; an hour and 20 minutes and you are at LAX. Over time, it’s going to grow,” Gladstone predicted.

The state of California currently has 15 percent less housing than its population requires, according to Gladstone, suggesting that pressure to continue development is likely to continue.

“I don’t know what will eventually happen and I don’t think anybody does, other than continuing to creep along as we are in terms of shutting down farming and building a school or shutting down farming and building something else that’s more valuable in the community than is farming, because we are so rich in farmland,” he said. “We still don’t take much value for farmland.” 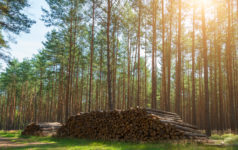 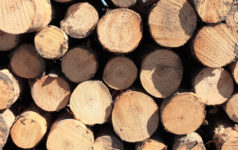 Australia 22 May 2020
Added to your Saved Articles
Loading
Unsave Article
Please confirm you would like to remove this article from your saved articles.
Share with other subscribers
Only logged in subscribers of this site will be able to access the shared article.