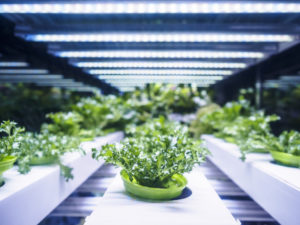 The $1.6 billion figure for global agtech VC deals in Q3 2020 represented a 14 percent decline from the $1.8 billion invested in Q2. Indoor farming attracted the most capital of any segment in the agtech space during the quarter, taking $481.4 million across 12 deals.

When the first three quarters of 2020 are combined, deal values reached a total of $4.2 billion across 332 deals. This ensures agri’s burgeoning VC space will record an invested capital sum greater than that recorded in 2019, which stood at $3.9 billion, according to Pitchbook data, with Q4 investment data yet to be compiled.

Agtech valuations have been steadily rising over the past decade but in 2020, valuations declined to $12 million through Q3, down 9.5 percent on 2019 as whole.

“In Europe, undoubtedly, companies coming towards the end of their cash runways are having to be pragmatic and having to reduce valuations quite dramatically,” ADM Capital senior investment director Alastair Cooper told Agri Investor in June.

“There’s undoubtedly a higher risk premium around the availability of risk capital,” he added. “It’s starting to open up a little bit now but during March, April and May, there was a significant amount of capital that was frozen and not available.”

Pitchbook’s analysis also suggests valuations were hit by investors pricing in additional risk due to covid-19.

Deal activity in the space in Q3 2020 was led largely by the $250 million Series F for farmer-to-farmer network and e-commerce platform Farmers Business Network.

Agrifinance and e-commerce activity for the quarter fell from the $558.9 million logged across nine deals in Q2 to $325.2 million across 10 deals.

The sector as a whole, however, looks set to eclipse the $1 billion threshold for capital raised for the first time. With $947 million raised as of Q3, confirmation by of way Q4 stats looks to be a formality.

The space suffered a dip in investments in 2018 when deal value fell by $62 million on the year prior to stand at $534 million, but 2020 could see agrifinance and e-commerce get close to doubling the $587 million raised in 2019.

Indoor farming became the subject of much discussion and investment throughout 2020 as the global food supply chain challenges created by the pandemic led to food security fears.

Indoor farming, both through naturally lit greenhouses and vertical farming operations using LED lighting and sophisticated AI systems, were therefore identified by many as a potential solution for propping up domestic food production.

Investment into the space recovered from the surprisingly low $29.6 million figure recorded in Q2 2020 and jumped to $483.1 million for Q3 across 12 deals. Some of the largest deals included a $204 million Series A for Revol Greens and a $170 million Series C for Infarm.

Asia and the Middle East emerged as the most prominent investors in indoor farming throughout the year, as the Abu Dhabi Investment Office showed its keenness by committing more than 50 percent of the $141 million deployed from its $270 million agtech program going into the space.

Elsewhere, Kuwait’s Wafra committed $100 million to Pure Harvest as Temasek teamed with Leaps by Bayer to establish a JV that will produce seeds for vertical farming.

Animal agtech companies provide a range of supplementary services that that broadly includes animal health and production, monitoring and analysis. The two main sectors businesses in the space serve are the livestock and aquaculture industries.

Pitchbook recorded $19 million-worth of dealflow in the animal agtech space for Q3, up 18.7 percent from $16 million in Q2. The largest deal of the quarter was a $15 million Series B for fish farm technology start-up eFishery.

Investment for the year looks set to fall short of the $69.3 million recorded in 2019.

North America continues to be the leader for the both the value and volume of agtech deals globally.

By the third quarter of 2020, the region had only logged $136 million of agtech investments across 44 deals.