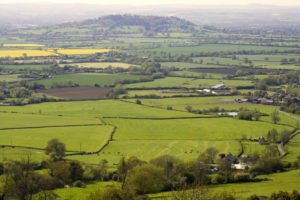 “This compares favorably with the basket of other investment classes that we track,” said Knight Frank’s analysis. The firm also tracks gold, UK house prices, prime central London residential properties and the FTSE 100. “Only gold, which has seen a typical ‘safe haven’ bounce off the back of the Russian invasion of Ukraine, has performed more strongly over the past 12 months.”

The Q1 2022 price of £7,875 for an acre of bare agricultural is also the highest quarterly price recorded by Knight Frank’s index since Q4 2014, when the price hit £7,925 during a strong period of rallying.

Knight Frank head of farms and estates William Matthews said in a statement: “As a direct result of the well-documented race to the countryside that has been so prevalent since the start of the pandemic, we’ve seen a significant increase and change in the profile of purchasers looking to acquire land.

“There is now a far more diverse pool of buyers looking for farmland, and their motivations have changed substantially. Alongside traditional and land rollover buyers, many are now looking to acquire land with the intention of environmental enhancement. This is all happening against a backdrop of a significant lack of stock, with opportunities few and far between.

“In light of this, now more than ever, landowners should be looking at their green potentials and credentials for their farms. The new buyer profiles and shortage of stock have set up a strong market for those thinking about selling.”