When commodities-focused asset manager Ospraie Management participated in an early 2018 recapitalization for a NASDAQ-listed biological inputs company, it’s fair to say the move attracted some attention.

The company in question, Marrone Bio Innovations, had seen its share price drop from a high of more the $19 in 2013 to a low of less than $1 per share in 2016 after fraud was committed by one of its senior officers.

Some heralded the investment as an endorsement of a burgeoning corner of agriculture by an influential firm that had previously been involved in farmland, before it turned its attention elsewhere.

Ospraie has since established a venture arm dedicated to agriculture – Ospraie Ag Science – that a source tells Agri Investor has invested some $125 million across at least 10 investments since 2017.

The play has made clear that Ospraie’s renewed focus on the sector is broader than just inputs.

Speaking with Agri Investor in late January, Ospraie founder Dwight Anderson described the thesis that has driven the initial slate of investments by OAS, the nature of opportunities and challenges encountered in the markets it has explored, as well as the broader trends propelling the trio of sub-sectors that form its three-pronged approach: biological inputs, controlled-environment ag and soil diagnostics.

MBI and ‘the greenhouse’

Following its participation in the $75 million recapitalization for Marrone Bio Innovations (MBI), Anderson told Agri Investor that MBI would serve as Ospraie Management’s primary vehicle for exploring the biologicals market, while a separate entity, OAS, would function as a “greenhouse” to incubate ideas and companies not well-suited to MBI.

Davis, California-headquartered MBI has gone on to secure at least $60 million in financing from investors including Ospraie, among others. And in August 2019, MBI announced a $31.8 million acquisition of ProFarm, a Finish producer of a lignin-derived fertilizer, signaling how far the businesses had come since its recapitalization. 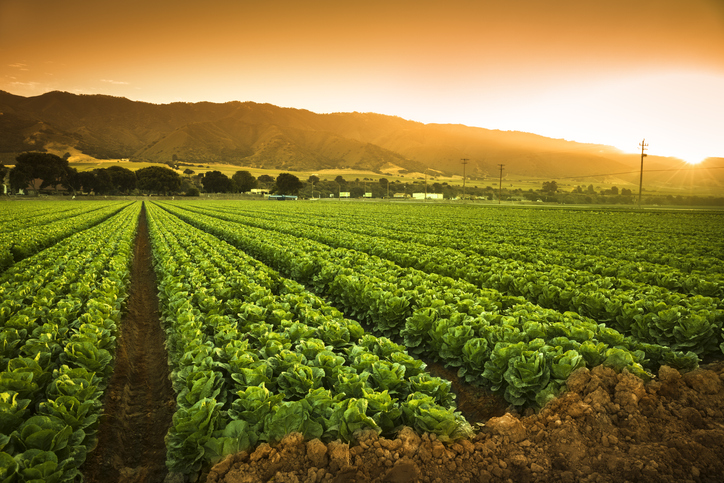 Meanwhile, OAS has invested in companies at a variety of stages and sizes, including an undisclosed portion of a $45 million Series B round in September for Terramera, which offers an input designed to promote efficiency by increasing the effectiveness of active ingredients. OAS has also participated in earlier-stage rounds of $4 million and less across varied corners of agriculture.

“Other people are like: ‘I only do seed’ or ‘I only do [Series] B’ and ‘I have to be in control,’” Anderson said. “Whether it’s public, private, seed or B, we will only invest when the science is largely de-risked. Other than that, we care if it fits our strategy and if it is a good investment. That’s what we want.”

OAS has aimed to pursue investments that stand to benefit from a “double network effect,” which Anderson describes as those with potential to draw from both Ospraie’s existing relationships and expertise in farming and chemicals, as well as any new potential synergies among companies currently in the portfolio.

That logic is on display in an OAS investment designed to address perennial issues related to product development and validation of new biologicals, as much as any problem farmers encounter in the field. OAS’s November 2019 financing of an undisclosed size was the first external capital to be accepted by IN10T (pronounced “intent”). The St Louis startup uses machine learning and a network of more than 1,500 paid farmers to test new products to help shorten the time between scientific discovery and farmer adoption.

Within sustainable crop inputs, Anderson said, OAS plans to start with a focus on replacements for synthetic chemicals before strengthening focus on water and nutrients over the long term. The immediate opportunity, he said, has been created largely by the tremendous demand for alternatives to existing synthetic chemicals widely used in ag.

Not only are traditional synthetics incompatible with growing consumer demand for organic produce and harmful to the environment, insects are developing tolerances to some of the  chemicals traditionally used in ag, according to Anderson, while others are being banned by regulators.

“If you are in Thailand, Brazil or Europe, they are banning chemicals,” he said. “Your customers – whether it is vineyards in Bordeaux or potatoes and grains in Germany – they are desperate to get products that are functional, that can get approved and aren’t as damaging. There has never been a greater pull and demand need from our customers and farmers because they are losing access to products that have been effective.”

Despite the need for alternatives, farmers still need convincing that biologicals can be an effective replacement, Anderson explained, because they are inherently less reliable. Whereas synthetic chemicals kill pests quickly, most biologicals are slower-acting and more sensitive to external conditions.

Anderson said that rather than designing products with an eye towards addressing those differences and the logistical and agronomic challenges faced by farmers, too many biologicals companies have started with the cutting-edge science and concentrated only later on convincing producers to actually use their products.

“The farmer really struggles to use a product he doesn’t know is definitely going to work,” he said. “That inconsistency really makes the biologicals market historically much smaller than it theoretically could be.”

“Historically, this has been a space where you want to be the third investor”

Because most independent biologicals companies do not have sufficient sales and revenues to make them relevant in a vast market, they struggle to establish positions, Anderson said. By pooling distribution and sales resources while creating companies like IN10T that can help defray trial-related costs, OAS hopes to continue investing in developing new biologic companies and products.

“In the end, one of these platforms – whether it is a Marrone and/or Plant Health Care and/or ‘fill in other names here’ – will become a company that has its own products and development and is acquiring incremental companies and products,” Anderson said.

In the meantime, OAS’s initial investments within inputs have included startups with potential to enhance effectiveness and efficiency across biologicals offerings. Because that potential often rests on technical judgments of scientific potential, Anderson says OAS works with MBI and others within its network to evaluate the scientific merits of potential investments.

“Historically, this has been a space where you want to be the third investor,” Anderson said, estimating that $250 million had been spent on MBI’s scientific research before OAS became the company’s largest investor.

In August, OAS teamed with Wilbur Ellis venture capital arm Cavallo Ventures to lead a $4 million Series A for AgroSpheres, a Charlottesville, Virginia-headquartered startup whose natural fermentation products enable more efficient use of both synthetic and chemical pesticides.

The following month, OAS led a $45 million Series B for Vancouver, British Columbia headquartered Terramera, a startup whose principle offering, Actigate, reduces the amount of crop protection products that are necessary by increasing the performance of their active ingredients. Raleigh, North Carolina-headquartered Plant Health Care, in which OAS purchased a 16.6 percent stake for $3 million in September, offers a proprietary biostimulant soil treatment.

The firm’s comprehensive view of what constitutes inputs to agriculture is most evident in what is perhaps the most hard-to-categorize of OAS’s investments to date: its $3 million investment into BeeFlow, an Argentinian startup that develops organic compounds fed to bees that enhance their immune systems and teaches them to pollinate specific targeted crops.

Though its early activity has focused on sustainable crop inputs, OAS has also completed investments in the second pillar of its agri venture strategy: controlled environment agriculture. February saw the firm lead a $15 million Series B round for Freight Farms, a Boston-headquartered startup focused on a containerized approach to vertical farming in shipping containers. 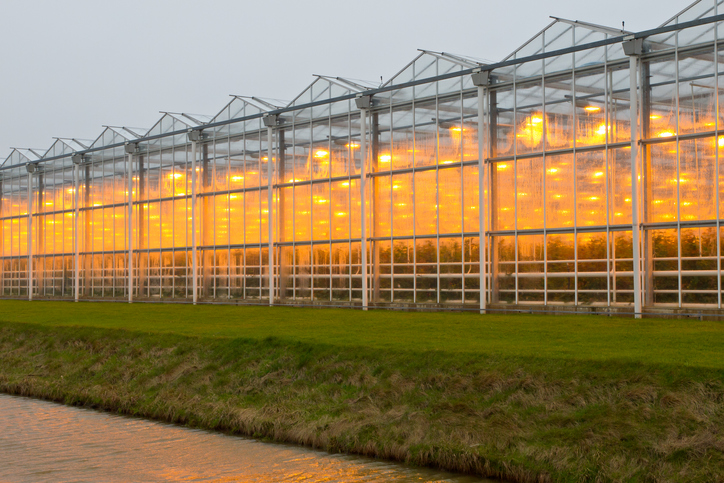 Anderson noted that OAS has created a heat map of the US, which the firm has used to identify geographies where controlled environment ag can truly offer emissions-reducing production that is cost-competitive with its external counterpart.

“If you are using lignite coal for your power, then the carbon footprint of controlled environment really isn’t better yet than the lettuce that was produced and shipped from California,” Anderson said. “We wanted to get comfortable that this [controlled environment ag] would be structurally better, as opposed to site and location specific. We believe that you are eventually going to get there.”

OAS’s focus on energy efficiency within controlled environment materialized in September, when it invested £1.5 million ($1.84 million; €1.71 million) into Intelligent Growth Solutions, a Scottish company that offers a vertical farm “in a box” that can reduce energy costs associated with LED lighting.

While biological inputs and controlled environment ag have been the focus of most OAS activity to date, the strategy’s third prong – products designed to help diagnose problems in soil – has so far been the least active.

That’s not to say nothing has happened on this end; OAS is among investors in Trace Genomics, a San Francisco-headquartered startup that maintains the most comprehensive database of agricultural soils in the US and offers farmers AI-enabled diagnostic tools.

Anderson explained that diagnostics have proven particularly challenging for OAS, in part because of signals that it remains of interest to the input market’s remaining giants.

Acknowledging that OAS would be reluctant to enter into markets where incumbents are already deploying significant resources and where an eventual product launch seems probable, he added that there could also be instances where a lesser degree of commitment on the part of majors could make a particular investment more attractive.

It is difficult to overstate, Anderson said, how much upstream consolidation in the agricultural inputs market – specifically tie-ups between Dow and DuPont, Syngenta and ChemChina and Bayer and Monsanto – has presented a tailwind for OAS and its strategy.

“I’ve never been involved in an industry where every major dominant player was just involved in an acquisition,” he said. “All of their employees just got vested. The quality of people that we can get for advisory, for boards, for research, for consulting, for commercial, is unlike ever before.”

Anderson said a key consideration for OAS in deciding how best to capitalize a continuation of its strategy is preserving flexibility in markets often dependent on scientific breakthroughs that can be impossible to time. He added that accessing companies pursuing cutting-edge breakthroughs can involve investing in unorthodox ways, and dictates that the strength of intellectual property protections is always a key concern.

“We want this to be something that gets incredibly hot in two, six or nine years from now”

Though many investors in private equity and venture capital tend to formulate fundraising targets based on their likely access to institutional capital, Anderson stressed that OAS has pursued its exploration of biologicals and related markets as a business strategy. This is designed to harness Ospraie’s existing competitive advantages in agricultural knowledge and networks.

“We are in production in ag,” Anderson said. “We’re not farm to table. We are not chasing the fad of the day based on clicks at the Journal and a recent market cap. Our spaces are not sexy at the moment. They don’t have the heated valuation of Beyond Meat.

“We want this to be something that gets incredibly hot in two, six or nine years from now as these investments, hopefully, become phenomenally successful in the market in revenues and return for our investors, and eventually for ourselves. At the moment, we’ve become material in our segment because of our focus.”