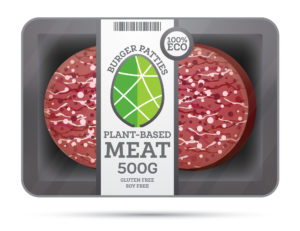 Various institutional LPs, global corporates and family offices count alternative proteins as one of their “top three or five strategies over the next five to 10 years for growth,” said Ive. He added that many identify plant-based proteins as “one of the most significant opportunities they’ve seen in quite some time.”

“We’ve found a few things since covid-19 and one is that there’s even more interest in plant-based foods and cell-based foods from the investor community,” Ive told Agri Investor. “Raising a first-time fund is difficult at any time and if you’re in the room […] in a category that is already filled with other investment funds and you’re one of many, then I’m sure it’s even more difficult. With our first fund, we’re very focused on alternative plant-based, cell-based meats, seafood and dairy.”

The firm has also found that its portfolio companies, such as Grounded Foods and “another five or six” of its businesses, have been able to start and close “seven-figure” funding rounds during the period.

“It’s a blanket statement to say it’s a terrible time to raise money,” said Ive. “I think it is [terrible] if you’re not in such a great category as we are”

Feedback from investors has also helped shape Big Idea Ventures’ second fund, said the managing director, which will target areas such as plastic use, carbon emissions and water use, where corporates have made reduction pledges.

“They said to us, ‘We’re really interested in the plastics in our supply chain, CO2 footprint, water and waste – if you come across any technologies that will impact those things, please bring them to us’,” explained Ive.

He said the $250 million Generation Food fund is yet to be launched, but Big Idea Ventures has warehoused several deals for the vehicle and will continue to scope market interest before settling on a definitive capital-raising target and launch date.

The New Protein Fund has raised roughly half of its $50 million target and invested in 25 companies since it began deploying capital in October 2019. Ive declined to disclose IRR and yield targets for the vehicle.

NPF is targeting 80-100 investments by the end of its four-year investment cycle in October 2023. It will seek to gain exposure across the alternative protein value chain in companies at various stages of development.