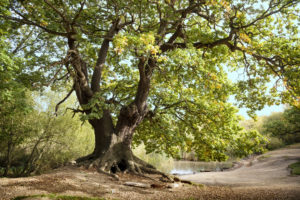 Oaktree Capital Management’s food-focused investments lead said the firm will continue to concentrate on midstream assets such as processing and delivery, due to the inherent risks in primary production.

“In pure ag, there are so many vagaries,” said Serebrenik, whose role with Oaktree’s special situations group also includes oversight of beverage and logistics-focused investments. “For a financial sponsor, that feast/famine dynamic and the variables that you don’t control are very tough to underwrite.”

Oaktree has been invested in Canadian food and beverage company SunOpta since 2016, when it acquired a 12 percent stake for $85 million following a product recall. SunOpta had already acquired fruit processor Sunrise Growers from Paine Schwartz Partners for $450 million in 2015 and is among the largest strawberry processors in the US.

Most multi-strategy private equity firms that do invest in food and beverages, Serebrenik said, tend to view agriculture as a niche industry that is less attractive than ingredients and food processing. Interest among such generalists has remained constant at modest levels in recent years, he said.

Serebrenik added that more recently, there has been some expectation that large banks are changing the way they view their existing exposure to agriculture, which could create a lending dynamic conducive to special situations opportunities similar to those currently being pursued in oil and gas.

“Not surprisingly, capital is drying up – which should be a great environment for us – but it’s still tough given the vagaries and seasonality,” he said. “You are going to see some capital that will exit that space and that should create opportunities for guys like us. It hasn’t quite played out yet.”

Among its current investments, SunOpta is the Oaktree portfolio company that brings the firm in closest contact with primary agricultural production. The firm invested a further $27.8 million into SunOpta in 2017 to increase its stake to approximately 20 percent and made a $30 million preferred equity investment into the company in April.

Serebrenik said the firm understands the importance and challenges of maintaining the grower relationship networks necessary to succeed in primary production. An appreciation of those challenges, he said, has helped shape Oaktree’s focus within food.

“We’re trying to get closer to the customers,” Serebrenik summarized. “You have the Walmarts and the Costcos that are now doing their own buying and have their own grower relationships. We’re trying to place bets more in the middle of the supply chain – whether it’s the processing side or the storage side – where we could win either way in up and down markets.”

One Oaktree investment that reflects this midstream focus is Agro Merchants Group, a cold-storage provider the firm helped establish in 2013 with an investment a source told Agri Investor was approximately $300 million.

Serebrenik said Oaktree’s investment in Agro Merchants Group gives the firm reason to closely monitor developments related to organic certifications. The prevalence of potentially questionable certifications from countries including Turkey and Ethiopia, he noted, has prompted an increased focus on the potential for technologies like blockchain to help increase transparency in the supply chain.

In addition to some concern that regulations of and trade in organic food have been relaxed amid covid-19 related disruptions, Serebrenik said consumers’ heightened sensitivity to the safety of exposed-skin fruit in the context of the pandemic will likely only strengthen the focus on traceability in the supply chain.

“There will be increased emphasis – whether at ports or through all of the inspection capabilities you need – on making sure you can validate the origin of all of that stuff and you can validate the fact that it is organic, ” he said. “That is something that we are seeing and that focus and emphasis will only get more scrutinized. We’re hoping we’ll benefit from that.”

The firm’s previous relevant investments include Advance Pierre, a prepared foods provider sold to Tyson Foods for $4.1 billion in 2017, and California walnut producer Diamond Foods, which was acquired by Blue Road Capital in late 2016.