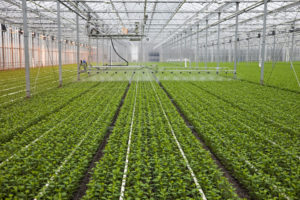 Ospraie’s acquisition of 10 million shares was finalized in early August and was the largest investment permissible under TSX Venture Exchange rules, according to the company’s investor relations manager, Michael O’Connor. He added the existing private placement contains provisions which could increase Ospraie’s stake to up to 20 percent. CO2 GRO’s shareholders will also vote at its annual meeting in late September on a proposal to allow Ospraie to acquire an even larger stake in the company.

Former seed-focused Dow AgroSciences executive Tom Wiltrout led the three-month due diligence process for the investment, and will represent Ospraie on CO2 GRO’s board of directors.

“All growers know you need CO2 for photosynthesis to grow plants, that is an automatic, but not all CEOs and CFOs and operating officers get it,” Sam Kanes, vice-president for communications at the Toronto-headquartered CO2 GRO, told Agri Investor. “Our sales have to go through growers first that bug their own internal people to say, ‘Hey, this is a new technology’.”

CO2 GRO’s intellectual property lies in its pulsating aeroponic mist delivery system, which applies CO2 that has been dissolved in water. Applying CO2 this way is more efficient than traditional delivery and can produce up to 30 percent yield increases while speeding plant development and suppressing pathogens, according to CO2 GRO.

The company was founded in 2010 to enhance algae production at a time when high oil prices had catalyzed investment into a variety of biofuels, Kanes said. After listing on the TSX Venture Exchange at the insistence of its then-largest investor in 2016, CO2 GRO focused largely on servicing hemp and cannabis growers in North America.

After partnership with a research university led to the realization that its technology could be applied more broadly, CO2 GRO positioned its products and services for use across greenhouse crops including lettuce, microgreens and peppers, among others, Kanes said.

Though the company has tested delivery systems for outdoor growing operations, CO2 GRO is focused on the market provided by the approximately 45 billion square feet of global greenhouse space, much of which is too hot or porous for traditional application of CO2 gas.

“A lot of those growing facilities already have irrigation equipment interconnected inside what are essentially deserts. Some of them already have overhead irrigation grooves that run up and down, especially nurseries,” Kanes said. “All we have to do is interconnect our technology with CO2 and change the nozzles out to get to the appropriate fine mist we want.”

Venture capital interest in the company has increased over the past year, Kanes said, after CO2 GRO began expanding its test trials to markets in North and South America and the Middle East.